Mestan, leader of the extra-parliamentary DOST party, is out on 10 000 leva (about 5000 euro) bail and is to face charges of causing a death through negligence. He was released on Monday after being held in custody for 24 hours.

Investigations into the collision, which happened on the Kurdzhali – Makaza road near the village of Zagorsko, are continuing. The collision happened as Mestan’s car entered the main road from a side road. The vehicle in which the family of four were travelling rolled several times and landed some distance away from the road.

Separately, Bulgaria’s Road Infrastructure Agency said on April 16 that more than 5000 cars a day travel along the point where the collision happened.

The agency said that the intersection conformed to all legal rules. It appealed to “all non-governmental sector experts and the media to refrain from disseminating unjustified and untrue claims”. From 2014 onwards, there had been no road accidents in the area of the Zagorsko intersection, the agency said. 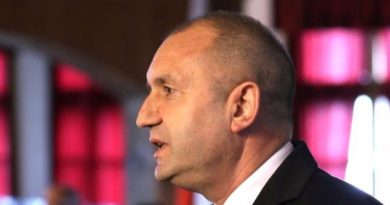