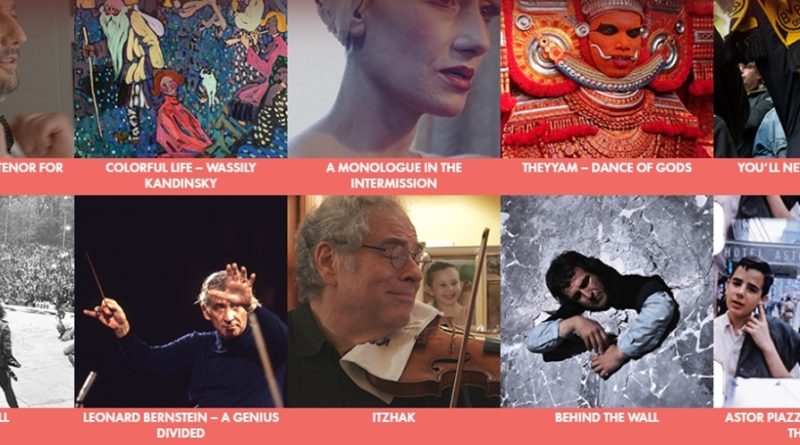 The fourth Master of Art film festival, the only one of its kind in Eastern Europe dedicated to art documentaries, is to be held in three cities in Bulgaria – Sofia, Plovdiv and Varna – from April 4 to 25.

The festival opens on April 4 at 6pm at the Lumiere Lidl cinema in Sofia with director Borislav Kolev’s Rock’n’Roll, described as a moving story based on the memories of the members of the legendary Bulgarian rock bands Ahat, Review, Era, New Generation and Control. Their music and lyrics, revolutionary by the standards of the 1980s, shattered the social conventions and became a guiding light for the counterculture in Bulgaria.

This is followed at 8pm, also at the Lumiere Lidl, by Michelle Mally’s Klimt and Schiele – Eros and Psyche.

There are more than 70 documentaries on the programme (the English version is to be found here).

Among the many highlights is director Alison Chernik’s Itzhak. “Itzhak Perlman’s transcendent violin playing evokes the depth of the human experience. This enchanting documentary details the virtuoso’s own struggles as a polio survivor and Jewish émigré, and reminds us why art is vital to life,” according to the festival’s website. The showing is being held in co-operation with the embassy of Israel.

Another is Ultan Guilfoyle’s Building Justice, the story of architect Frank Gehry’s investigation into prison design as a subject for the best architecture students in the United States. The film follows Gehry as he arranges two ‘master’ studios, at the invitation of George Soros and his Open Society Foundations, one at SCI-Arc in Los Angeles, the other at the Yale School of Architecture for this unique project.

Tickets for Master of Art can be purchased from the ticket desks at the National Palace of Culture and online at tickets.ndk.bg.