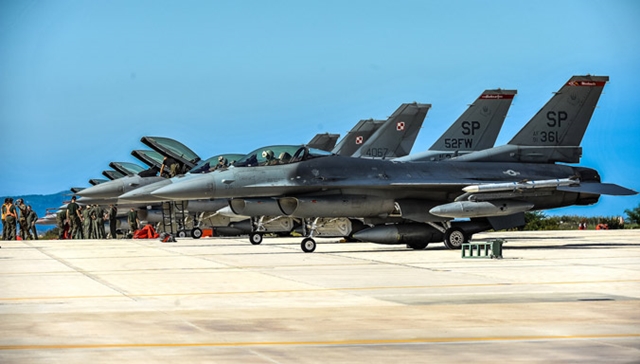 Nato Allies and partner nations kicked off the Alliance’s Trident Juncture live military exercise on October 19 2015 during an opening ceremony at the Trapani air force base in Italy, starting three weeks of intensive training involving 36 000 troops from more than 30 nations across Italy, Spain and Portugal.

“Trident Juncture is the largest Nato exercise for over a decade,” said Deputy Secretary General Ambassador Alexander Vershbow. “Trident Juncture will increase our readiness and our ability to work together, including with our partners. It will demonstrate that Nato is capable of responding to threats from any direction.”

Vershbow emphasised that the exercise also showed the Alliance’s commitment to transparency and predictability. “We seek confrontation with no one. That is why we have invited observers from around the world, from as far away as Colombia and Russia.”

The Deputy Secretary General was joined by Italian Undersecretary of State for Defence, Gioacchino Alfano and Ambassadors from the North Atlantic Council at the ceremony which included a fly-by of Allied fighter, heavy lift and surveillance aircraft as well as helicopters. The chairman of the Nato Military Committee, General Petr Pavel and Supreme Allied Commander General Philip Breedlove also attended.

Trident Juncture will continue until November 6. The exercise will also certify next year’s Nato Response Force headquarters and the functions of the new very-high readiness Spearhead Force.

Bulgaria’s participation includes a deployment of 27 military police equipped with Desert Cat armoured vehicles that will carry out tasks in Portugal.

A platoon from the Musachevo military unit will take part in exercises in Spain. The Bulgarian military personnel will demonstrate the rskills in radiation and chemical reconnaissance together with their colleagues from Italy, Romania and other member states of Nato, under Polish command, the Bulgarian Defence Ministry said.

Bulgarian military personnel from Sofia will be included in a division under Spanish command and others will be in a unit under Canadian command.

Bulgarian navy frigate Druzki will perform tasks together with other vessels in the Mediterranean Sea, the Straits of Gibraltar and the eastern Atlantic.

The participation of formations of the Bulgarian armed forces in the Nato exercise will contribute to enhance their experience and the acquisition of new skills, and to increase compatibility with formations of the member states of the Alliance, the Defence Ministry said.