In Bulgaria, January 6 is traditionally the day for a church blessing of the battle flags of the military, a ceremony attended by state and government leaders and top officers. In 2019, it was also the day for the now-traditional opposing views of the President and the Defence Ministry leadership on the fighter jet acquisition process.

On January 9, Bulgarian Prime Minister Boiko Borissov’s coalition Cabinet is expected to give the go-ahead for negotiations to take forward the process. On the table is a recommendation to acquire US-made F-16s, an option proposed over the offer by Sweden to supply new made-to-order Gripens and the offer from Italy of Eurofighters.

President Roumen Radev, who was Air Force commander before resigning to stand for election as head of state, described the contest as “flawed” and the move as a “blow to Bulgaria”.

Radev, a frequent critic of Borissov’s government, said that he had insisted that the procedure and the financial framework for the fighter jet acquisition should be respected, “which is the guarantee of optimal choice regardless of the type of aircraft”.

“The government did the opposite – declared the winner in violation of its own rules and those of the National Assembly,” Radev said.

The government had “even pledged to overpay a huge amount,” he said, in an apparent reference to statements by Defence Minister Krassimir Karakachanov that the financial framework for the acquisition might be changed.

“Remember that there were populist speeches that we do not buy fighters so as to have money for pensions. The pension money is gone, and now we will spend a lot more, on fewer aircraft,” Radev said.

Radev said that the move was a “blow to the trust of the European partners” but also “a blow to the image of our American partners who, in the eyes of Bulgarians, are winning this competition through political lobbyism and not by the rules”.

“How then can we want to gain the respect of Europe and the world, given that we do not respect our own laws and rules?” Radev said.

Also speaking on January 6, Karakachanov said that the decision by the Cabinet in three days’ time was not about buying aircraft, but about starting talks.

Regarding the offers for the new fighter jets, he said that the price asked by the US was higher than the one voted by Parliament – 1.8 billion leva, including value-added tax – but the US also had offered equipment.

Sweden and Italy were within the financial framework, but equipment would have to be bought from a third country – the US, and the whole package thus would exceed the framework, according to Karakachanov.

Deputy Defence Minister Atanas Zapryanov, speaking to Bulgarian National Radio, said that he expected that the government and Parliament would decide to give a mandate the ministries of defence, foreign affairs, economy and finance to start direct negotiations.

Zapryanov said that these negotiations would be not with Lockheed Martin – the manufacturer of the F1-6 – but with the US government.

“From the outset of the procedure we hold government to government negotiations,” he said. “Once a decision has been taken, we will proceed to a direct negotiation with the United States Agency for International Military Cooperation.”

He said that the offer of F-16s was “the best” because it was complete and the aircraft would be fully-equipped.

“The US proposal looks at Bulgaria’s arming of an F-16 squadron, this squadron to acquire exactly the same capabilities as any American squadron of 16 aircraft,” Zapryanov said.

Compromising on this would be unacceptable, as the certification of a Nato military formation is based on a precisely defined methodology, he said.

Part of the weapons systems and weapons would be fifth-generation, the same as on the F-22 and F-35, Zapryanov said.

Bulgaria would have the same quality of military aviation as Greece, which also was to migrate to the F-16 block 70 “Viper”, as Romania, and almost the same as Turkey, he said.

He said that in order to fit into the financial framework, it would be enough for the US to cut its price by a few per cent, which he believed that the US was ready to do.

“At this stage, for us part of the technical parameters, which are secret, and part of the price parameters are open to negotiation and clarification, which will make the aircraft categorically the best operationally and financially,” Zapryanov said. 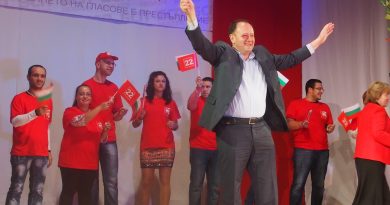 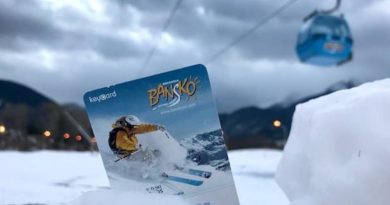