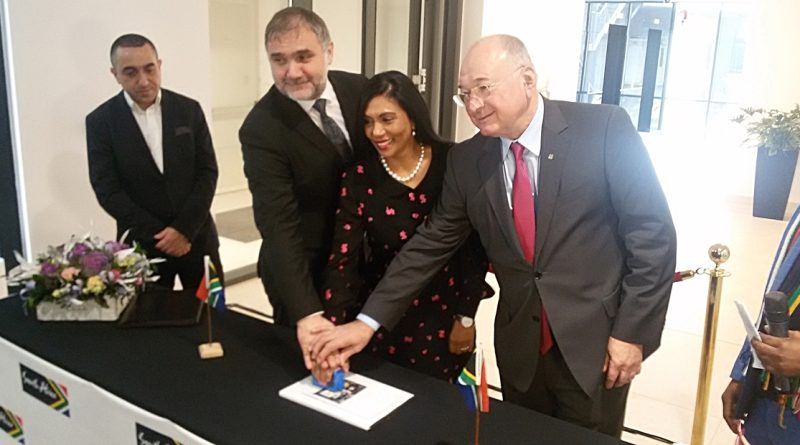 At a ceremony on December 12, a stamp issued by Bulgaria to mark the centenary of the birth of anti-apartheid icon Nelson Mandela was validated.

The ceremony was addressed by South African ambassador to Bulgaria Vanessa Calvert, the CEO of Bulgarian Posts Deyan Duneshki and the president of the Union of Bulgarian Philatelists, Spas Panchev.

Ambassador Calvert described the occasion as a very moving one, and highlighted the honours that Bulgaria had conferred on Mandela – the Order of Georgi Dimitrov, in the 1980s, and the Stara Planina, in 2008 (putting Mandela in the position of having been conferred Bulgaria’s highest state honour twice, in different eras), while in 2017, a street in capital city Sofia was named after him.

She also underlined the significance of the ceremony being held in the Poligrafia Office Centre, in which a South African firm has invested.

Duneshki and Panchev, in their speeches, underlined the international respect Mandela had earned for his place as a campaigner for human rights and freedom.

Panchev noted that, in a first for Bulgaria, the issue of the Nelson Mandela stamp – which portrays his Nobel Peace Prize and his Stara Planina – was simultaneously carried out in two places, at the office centre and at the Central Post Office.

More than 200 philatelists were in attendance for that ceremony, he said, with interest in the Mandela stamp, which has a print run of 3500, expected to be extremely high. 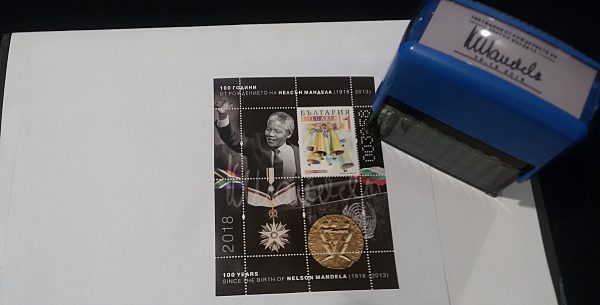 Nelson Rolihlahla Mandela was born on July 18 1918. He became a founder of the Youth League of the African National Congress in the 1940s. He became a leader of the ANC’s armed wing, Umkhonto weSizwe, at the beginning of the 1960s. In 1964, he was sentenced to life imprisonment.

Released from prison on February 11 1990, after the April 1994 elections – the first democratic elections in South Africa’s history – Mandela became president, serving a single four-year term. He died on December 5 2013. 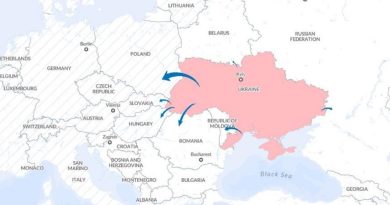