The European Union will soon be able to co-ordinate scrutiny of investments from third countries – meaning, non-EU countries – in strategic sectors to check that they do not threaten security or public order, a statement by the Council of the EU said.

The Council Presidency reached on November 20 a provisional agreement with European Parliament representatives on an EU framework for screening foreign direct investments (FDIs). The agreement will now be submitted for political endorsement by EU ambassadors.

“The EU is the number one destination for FDIs and is a very open market,” the statement said.

“However, in recent years there has been a surge in investments relating to critical EU assets which are not the result of normal market forces.”

For example, opaque state-owned enterprises or private firms with close government links have been buying EU firms using cutting-edge or dual use technologies (such as artificial intelligence, robotics or nanotechnologies) and strategic infrastructure assets which could have a potential impact on the EU’s security or public order.

Currently, fewer than half of EU member states have legislation in place that allows them to review FDIs, the statement said.

On the basis of the rules agreed on November 20, EU countries will retain the power to review and potentially block foreign direct investment on security and public order grounds.

In the same way, they will not be required to adopt or maintain a screening mechanism.

However, existing and new mechanisms will have to meet a number of EU-wide characteristics, such as the respect of the non-discrimination principle, the protection of confidential information, the right to judicial redress against national authorities’ decisions or clearly defined applicable procedural rules.

The regulation will enable the European Commission to issue advisory opinions to the member states where it considers that an investment, whether planned or completed, would be likely to affect security or public order in one or more member state.

The text also foresees a co-operation mechanism between EU countries and the Commission.

Member states will need to inform each other and the Commission of any foreign direct investment that is undergoing screening by their national authority.

On request, they will also need to make available certain information, such as the ownership structure of the foreign investor and the financing of the investment, the statement said. 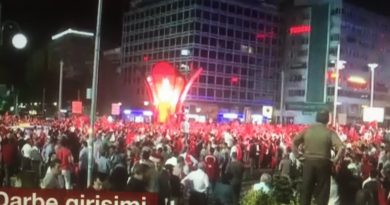 Turkey coup said to have started earlier than planned