The Bulgarian Cabinet is to propose to the National Assembly the adoption of an updated version of a project to acquire two patrol vessels for the navy, a government statement said on June 27.

The proposal updates the project approved by a previous National Assembly in June 2016.

The statement said that the new version takes into account changes to Bulgaria’s Value-Added Tax Act that came into effect on January 1 2017.

Among the major changes to the investment project is that the maximum estimated value of the project is 984 million leva (about 492 million euro) with VAT. This is 164 million leva higher than in the project approved by Parliament in 2016, with the difference allocated for payment in 2025 and 2026.

Two new acquisition options have been added. One involves the purchase of a new product, modified for the needs of the Bulgarian Navy, or licensed production, the other a combination of developing a new product and modifying an existing one, the statement said.

It is envisaged that the multi-purpose modular patrol vessels will be equipped with basic armaments and the vessels also licensed, as options, for additional armaments and shipborne items.

The project envisages the delivery to the Bulgarian Navy of two multi-purpose modular patrol vessels, and other items including training of crews for the two ships, as well as integrated logistics support, over three years.

With Parliament’s approval, the Bulgarian government earlier initiated two other military modernisation projects, a restart of the process to acquire fighter jets, and the acquisition of 150 infantry combat vehicles.

The vessels project effectively also is a restart. Varna’s Delfin, the sole bidder to supply the ships, dropped its bid at the end of 2017. The Defence Ministry had called for bids from six other companies, of which four declined to submit a proposal and two did not respond at all.

Delfin reportedly withdrew its bid because of the reduced payment owing to the change to the VAT Act. In any case, there was skepticism about the viability of the process given that the sum provided for had been relatively low. Should Parliament approve the Cabinet proposal, that factor would change, with the possible allocation rising to close to a billion leva.

(Archive photo of a Bulgarian Navy exercise in the Black Sea: Ministry of Defence) 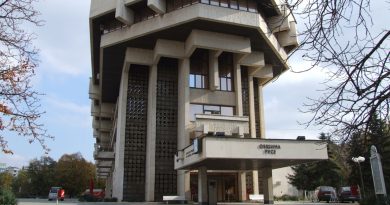