Six years after the first cabinet headed by Prime Minister Boiko Borissov shelved plans to build a nuclear power on the Danube River at Belene due to spiralling project costs, the third Borissov administration is set to resurrect it.

On May 16, the government approved a report drafted by the Energy Ministry, which offers several options to “make use of the assets in the Belene construction project,” and will table a motion in Parliament, asking for the legislative body’s approval to “resume activities to seek opportunities to build the Belene nuclear power plant”.

This latest development was expected, given that Bulgaria has been unable to sell the Belene equipment it was forced to acquire after losing a 600 million euro arbitration case lodged by Belene contractor Atomstroyexport, the foreign projects subsidiary of Russia’s nuclear corporation Rosatom, in 2016.

Talks with Iran, the only country to show even token interest in the Russian-made reactors, yielded no results and several cabinet ministers over the past year repeatedly said that restarting the project was the only way to recoup the losses suffered by the Bulgarian state on the Belene project so far.

The energy ministry’s report, due to be submitted to the National Assembly no later than May 17, examined several options for the future of the Belene site – into which previous governments sank an estimated one billion euro in preparation for construction – and concluded that the “most rational” one was to seek a new strategic investor, which would build the plant “on a market principle and without state guarantees.”

Bulgaria previously pursued the same strategy, which saw Germany’s RWE picked as strategic investor, but a contract was never signed as Bulgaria could not agree cost escalation clauses with Atomstroyexport and RWE pulled out of the project (its decision was also impacted by the global financial crisis at the time).

After the cabinet meeting on May 16, Deputy Prime Minister Tomislav Donchev said that several potential investors have shown interest in Belene. The official tender to find a strategic investor, which could be announced at the end of 2018 or early next year, would test the market interest, he said.

Should no investor show interest in the project without Bulgarian state guarantees, the government still had the option to sell the equipment or use it in a new unit at Bulgaria’s existing Kozloduy nuclear power plant, although this option would take more time to implement, Donchev said.

In recent months, Bulgarian officials have held several rounds of talks with the state-owned China National Nuclear Corporation (CNNC), which has shown interest in the project.

But reports in Bulgarian media claimed that CNNC had no interest in using the Russian reactors and would prefer to use its own technology in the project, which could pit it against local Bulgarian companies with vested interests in the continued use of Russian technology.

Rosatom, for its part, was prepared to assist Bulgaria in building the Belene power plant, a senior company official said earlier this week during an industry event in Sochi, which Bulgaria’s Energy Minister Temenouzhka Petkova attended. 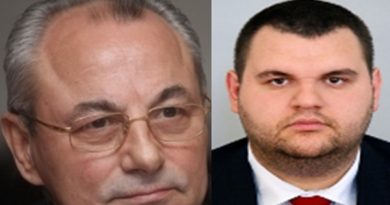 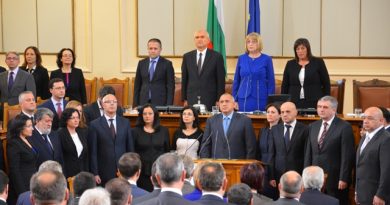