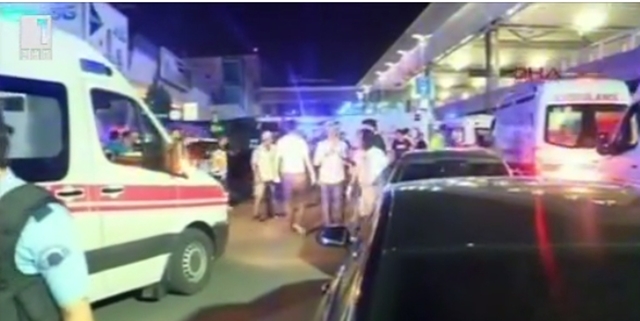 Bulgarian Prime Minister Boiko Borissov has expressed his deep condolences to the families of victims of the attack on Istanbul’s Ataturk Airport, in which at least 28 people died.

Reports said that the attacks involved suicide bombers and automatic rifle fire at the airport in Turkey’s largest city.

Bulgarian Foreign Minister Daniel Mitov said that the embassy of Bulgaria in Ankara and the consulate-general in Istanbul were monitoring the situation after the attacks at Ataturk international airport.

Bulgarian authorities were in constant contact with their counterparts in Turkey, Mitov said in a Facebook post. At this stage, there was no information about Bulgarian citizens being among the casualties, he said.

An Air France flight made an emergency landing at Sofia Airport, Bulgarian National Television said. The captain had decided to return the flight to Paris.

By order of Bulgaria’s Transport Minister Ivailo Moskovski, Bulgaria’s Sofia, Bourgas and Varna airports had been made ready to accept up to 23 aircraft, depending on the type and category.

Bulgaria’s air space was being managed personally in the emergency situation by Moskovski, the ministry said.

EU foreign policy chief Federica Mogherini said in a message on Twitter: “Another tragic terrorist attack in Turkey. The EU stands by the Turkish people. Our heart is with them all”.

Bulgaria’s European Commissioner Kristalina Georgieva, Vice-President of the Commission, said: “Terror hits Istanbul again, this time Ataturk Airport. My thoughts are with the victims and their families”.

US secretary of state John Kerry said in a tweet, “still collecting information…this is why I say the first challenge we need to face is countering extremism”.

Nato Secretary-General Jens Stoltenberg also joined in condemnation of the attack, saying: “My thoughts are with the families of the victims, the injured and the people of Turkey”.

In the early hours of June 29, there had been no claim of responsibility for the terrorist attack at the airport.