A policy brief by the European Council on Foreign Relations:

Addressing a press conference in Paris in January 2018, Turkish President Recep Tayyip Erdoğan complained that years of waiting for membership of the European Union was “seriously exhausting us and seriously exhausting our nation. Maybe this [situation] will force us to take a decision.” French President Emmanuel Macron replied, “for relations with the European Union, it is clear that recent developments and choices allow no progress.” He continued, “We must get out of a hypocrisy that consists in thinking that a natural progression towards opening new chapters is possible. It’s not true.”

Journalists and officials have quietly used the word “hypocrisy” to describe Turkey’s planned accession to the EU since 2010, when the process came to a halt with the sides having opened only 16 chapters of negotiations. But it is rare for a European leader to use such language in an official setting. When asked about Macron’s comments on his way back from Paris, Erdoğan said, “I didn’t want to understand what he said exactly. I focused on getting them to understand us. I thought he should understand what I am saying. I focused on explaining that as good [sic] as possible.” Taken together, Macron’s remarks and Erdoğan’s reaction are a microcosm of Turkey’s relationship with the EU.

Today, 12 years after the start of the accession negotiations, 30 years after Turkey’s application for accession to the EU, and more than half a century after an association agreement with the European Economic Community, this relationship is in a parlous state. At best, it is an exercise in hypocrisy that works for both sides. At worst, it is a dialogue of the deaf that will lead to a slow divorce. 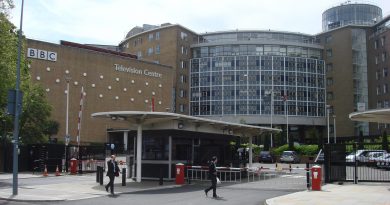 Can the BBC pass its next test?

Covid-19: The case for more (and better) Europe