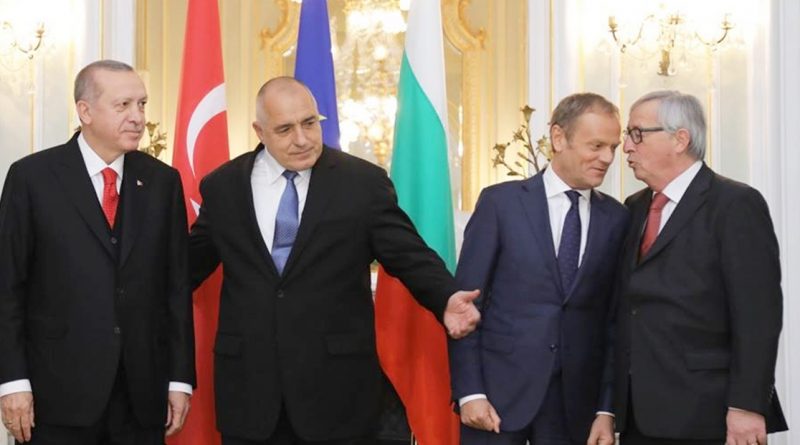 As was expected, the March 26 meeting in Bulgarian Black Sea city Varna between the leaders of the European Union and Turkey produced neither agreements nor compromises, but – in the words of European Council President Donald Tusk – a “readiness to keep up the dialogue and consultations”.

The meeting was hosted by Bulgarian Prime Minister Boiko Borissov, whose country currently holds the rotating Presidency of the Council of the EU, and attended by Turkish President Recep Tayipp Erdoğan, Tusk, and European Commission President Jean-Claude Juncker.

Emerging after two hours of talks for a joint news conference with Erdoğan, Borissov and Juncker, Tusk said that no concrete agreements or compromises had been reached on issues of concern.

Tusk, referring to the vexed issue of the EU funding for support for Turkey as that country hosts millions of refugees, said “the EU and Turkey remain very close partners”.

“I would like to express our appreciation for the impressive work Turkey has been doing, and to sincerely thank Turkey and the Turkish people for hosting more than three million Syrian refugees these past years.” 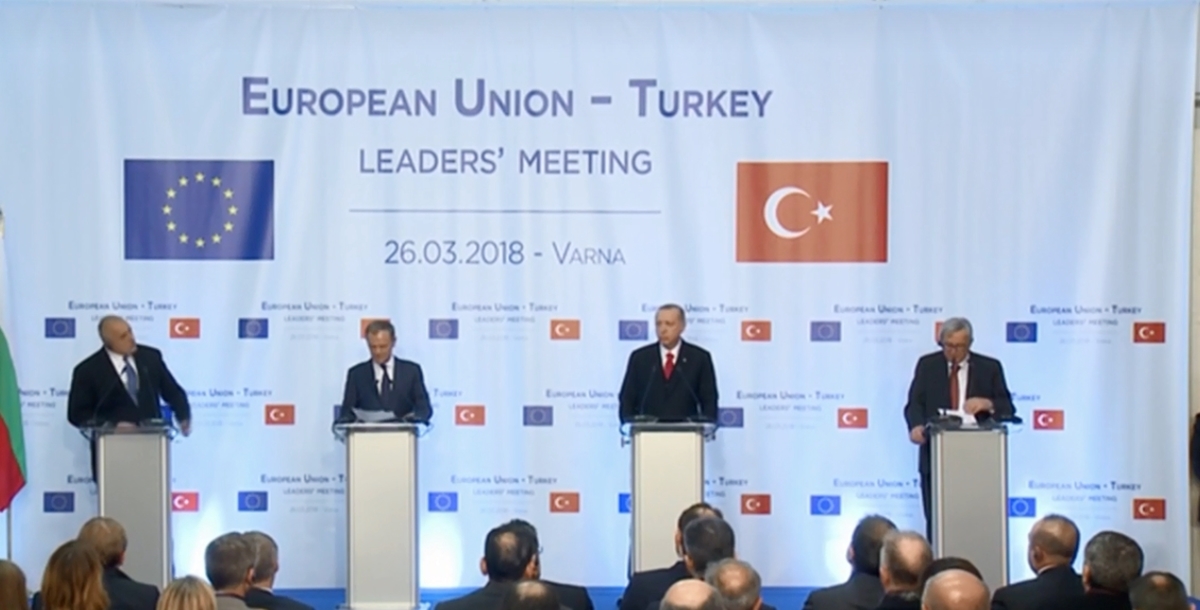 Tusk said that the EU had lent substantial support to improve the livelihood of these refugees, “and this evening we reaffirmed the European Union’s unwavering commitment to continue this support”.

Referring to the EU’s stance that Turkey needs to take significant steps to drop the state of emergency and uphold democracy and human rights, Tusk said that as an EU candidate country, “Turkey has committed to developing and upholding the highest standards of democracy”.

“We understand Turkey’s need to deal effectively with its security after the attempted coup and the terrorist attacks it has suffered. But we are concerned that some of the methods used, undermine fundamental freedoms and the rule of law in Turkey.

“We encourage Turkey to work with the Council of Europe, of which Turkey has been a member longer than most EU Member States. The EU also stands ready to assist,” Tusk said.

He added that the EU continued to have “serious concerns” about tecent Turkish actions in the Eastern Mediterranean and the Aegean Sea as well as the detention of EU citizens.

“The European Union stands united behind the Republic of Cyprus regarding its right to explore and exploit its natural resources in its Exclusive Economic Zone. This is also important in view of our shared objective for the successful reunification of Cyprus for the benefit of both populations on the island, for Turkey, the European Union and for EU-Turkey relations.”

Tusk said that the discussion had encompassed working together in the field of counter-terrorism.

“We want to expand our cooperation with regard to foreign terrorist fighters; another area where we share important security interests,” he said.

Tusk said that the EU had expressed its concern with Turkey’s actions in Syria, in particular the situation in Afrin.

“Escalating violence and displacement in an already tragic and volatile situation must be avoided. And we recalled Turkey’s responsibility to ensure the protection of civilians and the delivery of humanitarian assistance to all those in need.”

Tusk said that the Varna meeting had “demonstrated that while our relationship is going through difficult times, in areas where we do cooperate, we cooperate well.

“We reconfirm our readiness to keep up the dialogue and consultations and to work together to overcome current difficulties with a view to unleashing the potential of our partnership. I remain fully committed to assisting in this process.”

Erdoğan, who had come the Bulgarian Black Sea city demanding a resumption of talks on his country’s EU accession process, told the news conference: “It would be a grave mistake for Europe, which claims to be a global force, to push Turkey out of its expansion policy”.

“We now expect strong support (from the EU) on sensitive issues such as the fight against terrorism instead of rambling and unjust criticism,” Erdoğan said.

Borissov said in a tweet: “The biggest success of #EUTurkey meeting is that after a year in exchanges of remarks, we return to the negotiating table each with his arguments. This channel of dialogue should continue, no matter how difficult it is sometimes”. 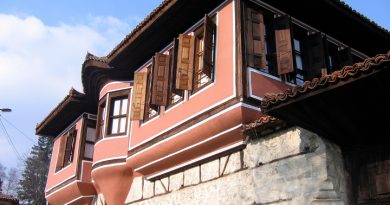