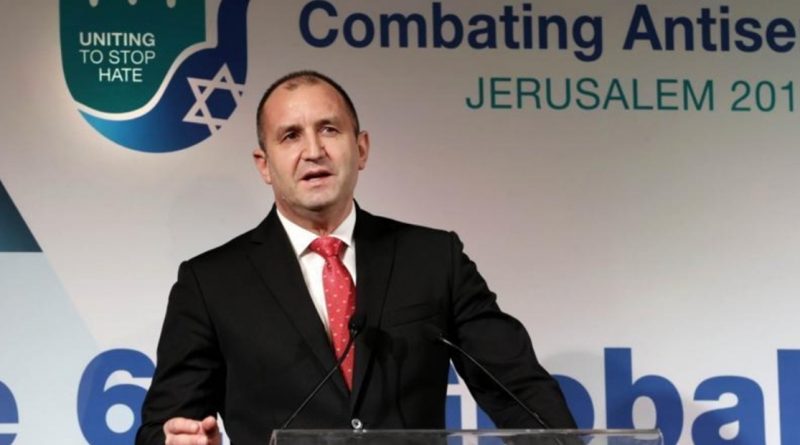 Both in Europe and in the world, there is a trend of a revival of hate speech and xenophobia, which calls for public efforts to counteract them, Bulgarian President Roumen Radev said in Jerusalem on March 21.

Radev was answering questions from reporters after addressing the Sixth Global Forum for Combating Anti-Semitism.

He was asked about the tolerance of Bulgarian politicians today and about statements by some politicians that had met serious resistance from the Bulgarian Jewish community.

“Hate speech is not our way. Our road is quite different and I think that Bulgaria can serve as an example,” Radev said.

He said that the actions of the institutions, not the statements of some politicians, were the true criterion.

There have been sundry incidents in Bulgaria in recent months that provoked strong reactions, including two in which officials were pictured giving Hitler salutes or dressed up in Nazi-style “fancy dress”.

A “joking” statement about a Nazi salute controversy in 2017 by Deputy Prime Minister Valeri Simeonov, a co-leader of the United Patriots – the grouping of far-right and nationalist parties that is the minority partner in government – led to condemnation by the Organization of the Jews in Bulgaria “Shalom” and the Central Israelite Religious Council of Bulgaria.

In 2018, Bulgaria is marking the 75th anniversary of the rescue of the Bulgarian Jews from the Holocaust and the 1943 deportation of more than 11 000 Jews from Bulgarian-administered territories in northern Greece and Yugoslavia, who were murdered at Treblinka.

Radev is in Israel on a state visit as Bulgaria commemorates these events and as the State of Israel celebrates the 70th anniversary of its founding.

On March 21, Radev visited the Yad Vashem Holocaust Remembrance Centre in Jerusalem, donating photographs of four Bulgarians who assisted in the rescue of the Bulgarian Jews.

He took part in a ceremony at the eternal flame in memory of the victims of the Holocaust and signed the Yad Vashem book of remembrance: “Thank you for keeping history alive, humanity must never forget what happened”. 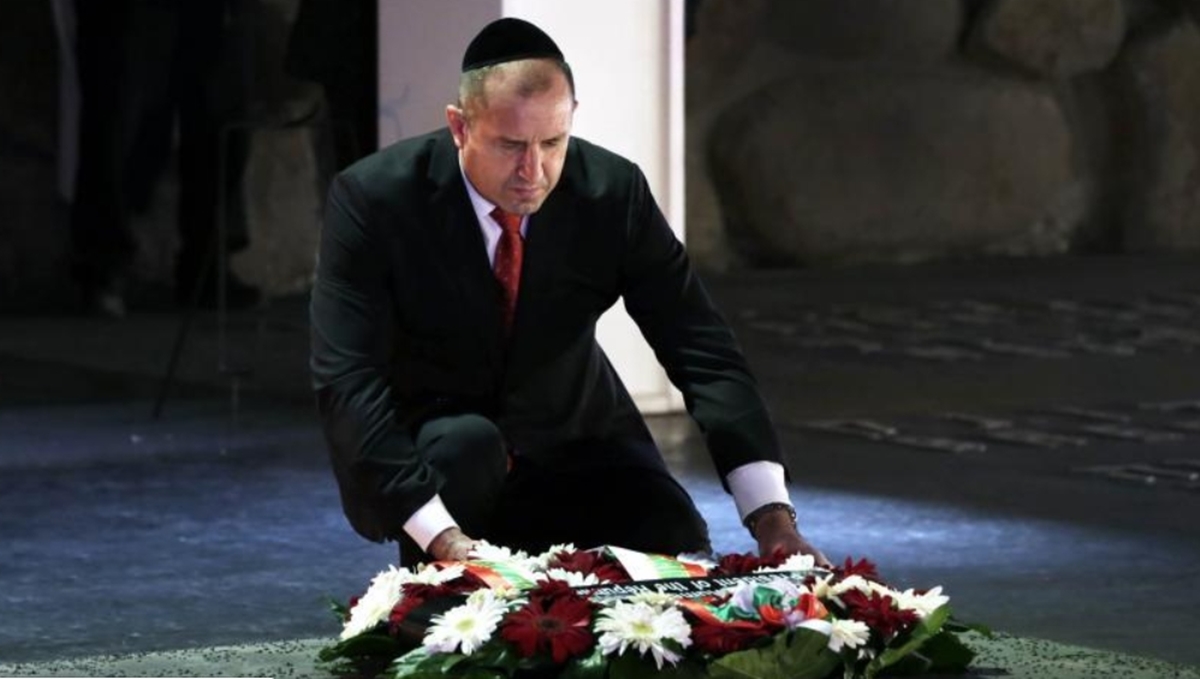 Radev said that he was proud to be president of a country that rescued its Jews during Europe’s darkest times.

He also laid a wreath at the burial place of the victims of the sinking of the Salvador, a ship that was hired during the Second World War to attempt to transport Jews from Bulgaria to British Mandated Palestine.

On the last day of the Sixth Global Forum for Combating Anti-Semitism, Dr Alexander Oscar, President of the Organization of the Jews in Bulgaria “Shalom” held working meetings with representatives of leading international Jewish organisations and the Ministry of Foreign Affairs of the State of Israel.

Each received as a gift a copy of the book published in March 2018 by Shalom, “Bulgarian Jews: Living History“. 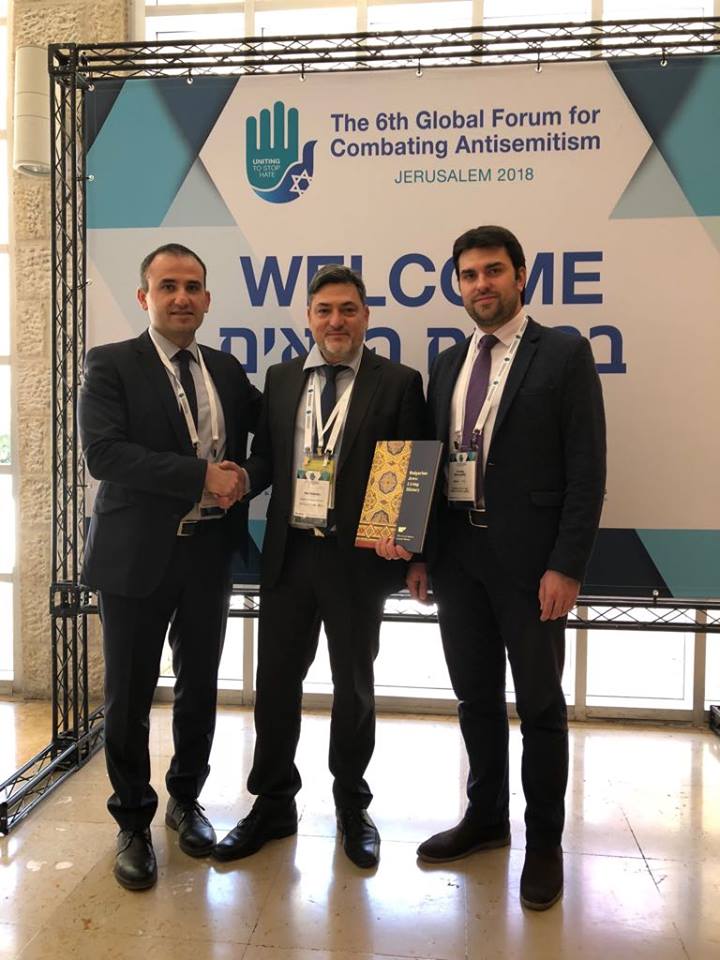 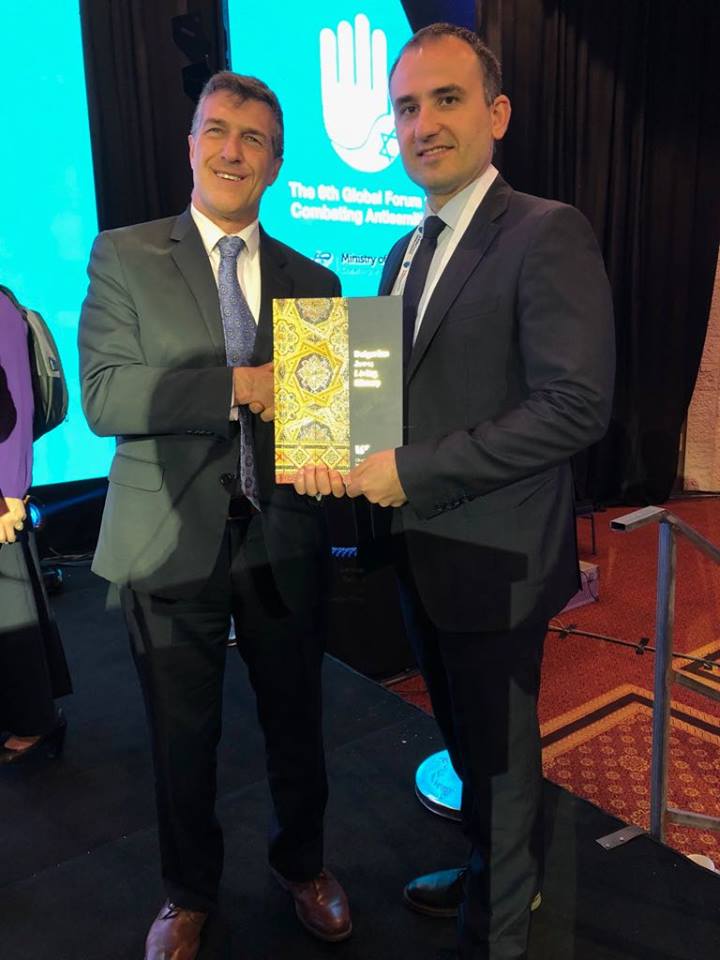 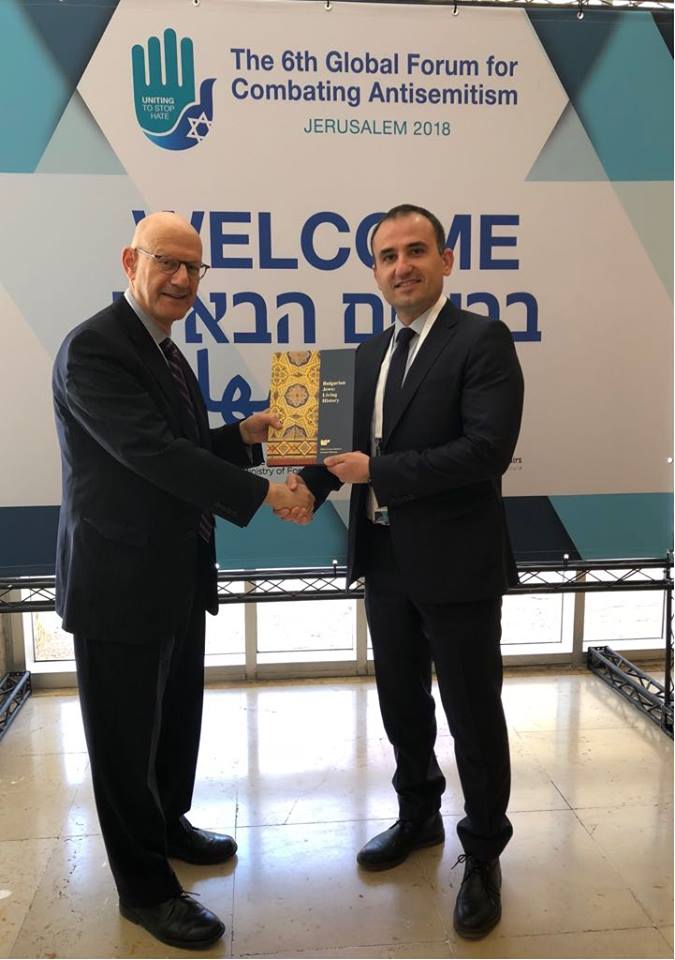 Daniel S. Mariaschin, B’nai B’rith International Executive Vice President and Chief Executive Officer, recalled his first visit to Bulgaria 25 years ago and the warm relationship with the Bulgarian Jewish community. Mariaschin praised Shalom and its joint work with the Bulgarian government on topics related to the fight against anti-Semitism and hate speech. 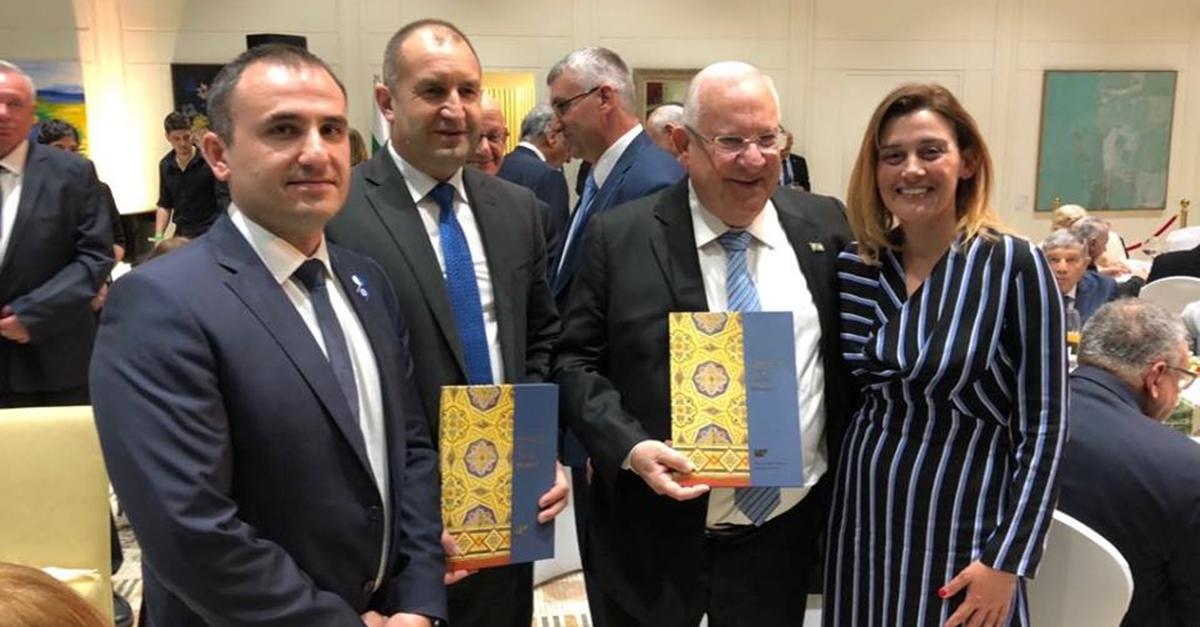