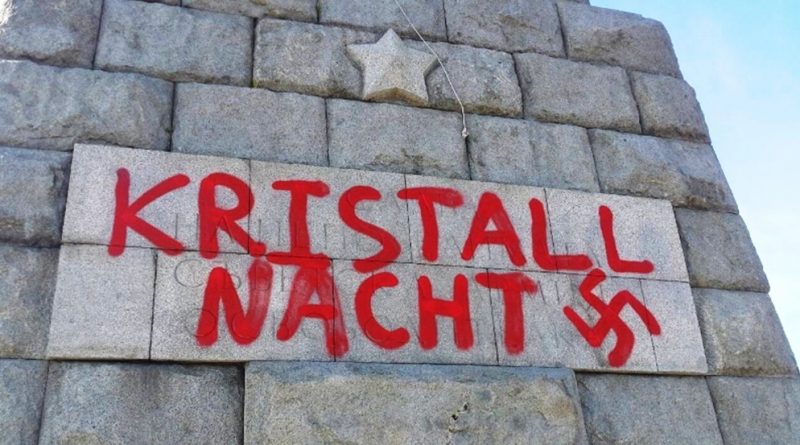 The Alyosha monument in Bulgaria’s second city Plovdiv has been daubed with numerous anti-Semitic, anti-Russian and anti-communist messages.

The spraying on the monument, found on the morning of November 10, comes amid celebrations of the 60th anniversary of the Alyosha monument, which was put up to commemorate the September 1944 Soviet invasion of Bulgaria towards the close of the Second World War in Europe.

It also comes a day after Russian foreign ministry spokesperson Maria Zakharova again criticised Bulgaria for lack of action against daubing of Russian war monuments, a week after she unleashed controversy by claiming that it was the Red Army that had prevented Bulgarian Jews being sent to the Holocaust death camps where six million Jews were murdered by the Nazis.

On top of that, November 10 is the anniversary of the 1989 fall of the Zhivkov communist regime in Bulgaria, a date that – as per a heated debate in the National Assembly – is one that sees the ideological divisions in the country between left and right once again laid bare.

The attack on the monument also comes after the anniversary of the November 9 1938 Kristallnacht 1938 Nazi outrage against the Jews in Germany.

The Alyosha monument was daubed with swastikas, with the words “six million lies”, “Zakharova is a transvestite”, “communism = Jewishness”, and using an offensive word in Bulgarian for Jews, a message reading in translation: “kill the kikes”. On the monument was painted the number 88, neo-Nazi code for Hitler.

Another slogan read: “all communists to court”. 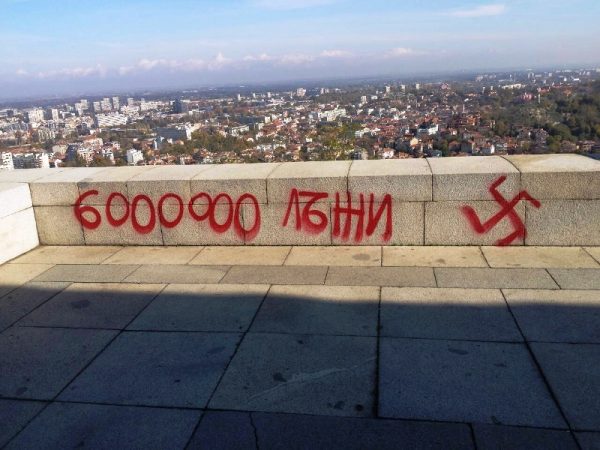 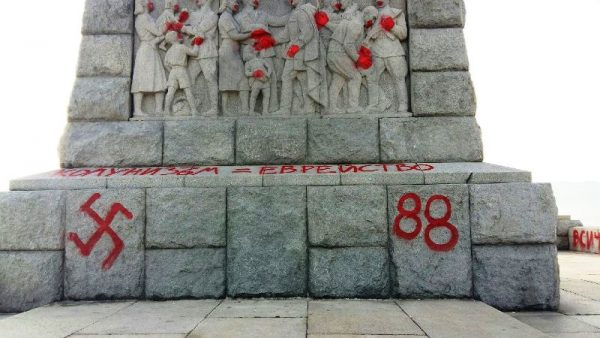 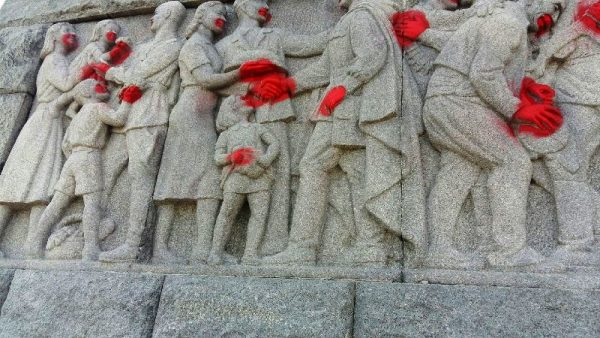 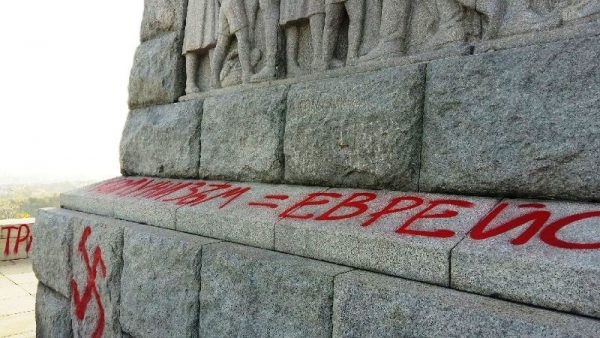 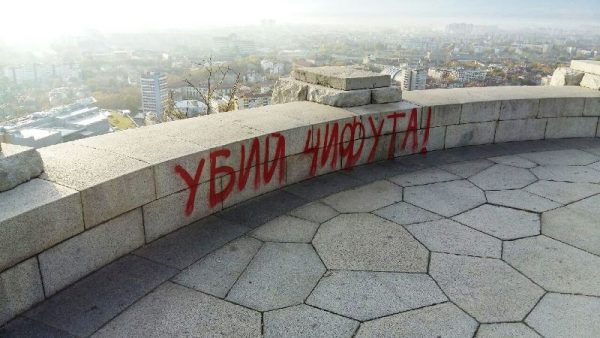 Reacting to the attack on Alyosha, the Shalom Organization of the Jews in Bulgaria said that it was the second time in a month that a monument in Bulgaria was marked with swastikas, anti-Semitic slogans and offensive political messages.

Shalom was referring to the recent daubing of the Soviet Army monument in Sofia with the words “100 years Zionist occupation”.

Shalom said that it categorically condemns these incidents and believes that the municipality of Plovdiv will take all necessary measures for the security and protection of the monument.

“We are convinced that there is no room for such provocations in Bulgarian society and we hope for an adequate and sharp reaction against them,” Shalom said.

The Bulgarian Socialist Party in Plovdiv severely condemned the vandalising of the Alyosha monument.

“Today’s vandalism is a manifestation of neo-fascism and must be punished,” the BSP Plovdiv said, calling on the municipality to take every step to protect the monument.

“The eight-thousand-year-old city of Plovdiv, the city of multi-ethnic tolerance and the future European capital of culture, is called upon to be an example of respect, preservation and preservation of history, its material and spiritual heritage,” the BSP Plovdiv said.