Certain dates in the Bulgarian political calendar are destined to arouse passions arising from ideological differences, and November 10 is one of them.

On this date 28 years ago, Todor Zhivkov, leader of the then-communist People’s Republic of Bulgaria, fell from power. Bulgaria’s transition towards democracy had begun.

In the National Assembly on the morning of this second Friday of November 2017, representatives of parliamentary groups headed to the speaker’s podium to put their perspectives on what had happened then and what had happened since.

First up was Volen Siderov, leader of the parliamentary group of the United Patriots, the grouping of nationalist and far-right parties that is the minority partner in the Borissov government. While Siderov is best known as the leader of the far-right, pro-Russian Ataka party, in the early 1990s, he was the editor of Демокрация , the newspaper of the centre-right anti-communist Union of Democratic Forces coalition.

Siderov told the National Assembly that “we dismantled the totalitarian system” but in his words, the baby had been thrown out along with the bathwater.

He said that Bulgarians had been told, in the transition, that everything should be privatised and the state was a bad owner.

“Now in this government we see that the state can also be a good owner, but there is no way the six-month government of the Patriots and (Boiko Borissov’s party) GERB can replace, can erase the faults of a 28-year transition,” Siderov said.

He said that one of the first mistakes of the transition that had to be corrected “is not to listen to so many foreign ambassadors”.

Siderov said that the political council of the governing coalition had decided to put together a team of specialists to draft a special law and amendments to the laws that it would make it possible to review the privatisations.

For Bulgarians, the privatisations had been robberies, a crime for which there was no punishment, Siderov said. Now the ruling coalition of GERB and the United Patriots had concluded that there should be sanctions, and examining the issue would result in seeing where corruption had started from, he said.

Speaking for the Movement for Rights and Freedoms, its leader Mustafa Karadayi said that his party had from the beginning of the transition to democracy worked for united and a united nation and against revanchism.

The MRF was and is a guarantor of peace and stability in Bulgaria, Karadayi said.

In spite of what he called the attempts to neglect, forget or underestimate November 10, it remained a symbolic date in the Bulgarian democratic calendar, as the beginning of democracy, the rule of law and respect for human rights, he said.

Attributing what is termed the “Bulgarian ethnic model” to the MRF and its founder Ahmed Dogan, Karadayi said that this model had turned Bulgaria into an example of the successful resolution of ethnic conflicts at the beginning of democracy, unlike many of Bulgaria’s neighbouring countries.

Taking a sideswipe at the ruling coalition for what he called a policy of the revival process but with other methods, he said that the Bulgarian ethnic model was not guaranteed but needed reaffirmation. A consensus and tolerant attitude among all members of the nation was necessary, with a definite refusal of hatred and aggression, Karadayi said.

Bulgarian Socialist Party MP Valeriy Zhablyanov said that during the transition, there always had been radical political attitudes in Bulgaria, bordering on extremism. The achievement of the transition had been the isolation of those elements, which had wanted a different kind of society and the destruction of the constitutional order, he said.

He offered a positive assessment of the BSP’s forerunner, the Bulgarian Communist Party, saying that after November 10, Bulgarian society together with the BCP had had “the necessary intelligence, the necessary balance, the necessary historical responsibility” to avoid the most dangerous moments that the political transition had implied.

At the same time, he hit out at the Kostov UDF government and its privatisations, saying that at that time, organised crime, which has permanently invaded Bulgarian political life, had flourished.

Zhablyanov’s lengthy remarks went over his allotted speaking time and he tried to continue after his request for additional time was refused. On the orders of Speaker Dimitar Glavchev, Zhablyanov – himself a Deputy Speaker – was removed from the House.

GERB, whose leader Borissov has headed three governments including the current one, said that there would be at least three more GERB governments.

GERB MP Spas Gurnevski contrasted the BCP/BSP governments and those of GERB, saying that the former had bankrupted the country while the latter had made Bulgaria a stable member of the European Union and brought an economic upsurge.

He said that after 1989, the BCP had transformed themselves into anti-fascist socialists although “it was known to everyone in Bulgaria there had never been fascism in this country”. The “red briefcases” – a reference in popular political culture in Bulgaria to the illicit distribution of state money to found businesses – had begun, while a BSP government had brought down 26 banks, Gurnevski said.

“If you look at the list of credit millionaires today, you will see that they are either members of the nomenklatura or State Security agents,” he said. 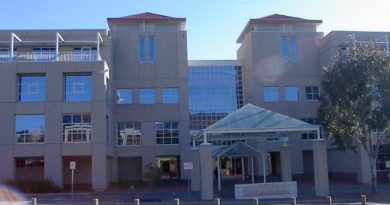 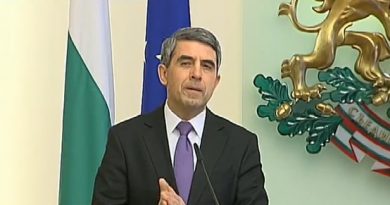