A statement by Bulgaria’s Prime Minister Boiko Borissov that shopping malls would re-open on May 18 was the latest in a rapid succession of easing of restrictions against the spread of Covid-19.

Shopping malls were closed when the two-month State of Emergency began on March 13, although banks, insurance and other financial services offices, as well as pharmacies and supermarkets were allowed to continue to operate.

The end of the State of Emergency was succeeded by the declaration of a month-long epidemic situation, though this has been accompanied by the easing of several measures.

Borissov’s Facebook post about the re-opening of shopping malls came after a Friday morning meeting with representatives of the malls and the Bulgarian Retail Association.

He said that Health Minister Kiril Ananiev would issue an order on the re-opening of the malls later on Friday, though by 6pm no such order had been posted on the ministry’s website.

In its own statement, the Bulgarian Retail Association, providing more detail than Borissov’s Facebook post, said that at the meeting, the scope of the measures had been discussed, such as clear direction for the flow of people, the wearing of protective masks by customers and facial shields by staff, disinfection of the entrances to the malls and steps to prevent crowding.

“However, we will have to wait for the order to be able to see exactly what the required measures are,” the association said.

Media reports quoted Economy Minister Emil Karanikolov as saying that 290 000 Bulgarians were employed in shopping malls around the country.

“Their non-functioning and non-participation in the economy not only harms their budgets, but also the budget of the state itself. From this point of view, it is important for us that as many economic entities as possible return to work, but in compliance with all mandatory measures. I will say again that health is above all,” Karanikolov said. 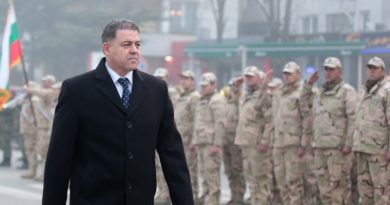