The Kvartal Festival 2017, the second of its kind, will be held in the Bulgarian capital from September 15 to 17, as on Sunday the city celebrates the Day of Sofia.

The festival is centred on the area encompassed by Dondukov, Vassil Levski, Slivnitsa and Maria Louisa boulevards. In the words of the organisers, it is intended to “prove to all the residents and visitors to Sofia that the Bulgarian capital can have its own place for culture, entertainment, art and fun”.

It will include live concerts and performances, a forum on the future of the area, architectural and historical tours, art exhibitions, literature and poety, a children’s programme, dance and sports workshops.

Well-known places in the area, including the Sofia Synagogue, will open their doors to visitors.

The cinema Dom na Kinoto will offer a variety of screenings including Wim Wenders’s The Salt of the Earth and Ulrich Seidel’s Safari, and the premiere of the short film by Martin Iliev, Maybe Tomorrow.

The official opening party will be on September 15 in the Cush Bar in the same building. Also there, on September 17, the exhibition One Sunday in the Quarter ( Една неделя в квАРТала) by photographer Ivan Shishiev will be opened.

Art co-working space SOHO has a programme including, on the first evening, a jazz-funk concert by Tripple.

Sofia Free Tour will offer, from the starting point at SOHO, an alternative tour of the quarter.

At the corner of Serdica and Triaditsa streets, will be Craft and Arts, featuring street art and craft beers.

On September 16 and 17, from in front of the statue of Sofia at 6pm, there will be tours of graffiti.

The Doma Art Foundation will transform the interior of the old chocolate factory into pop-up galleries of contemporary art, design and fashion. The factory’s yard will be a music party zone, with a live gig on September 16 at 7.30pm.

On September 17 at 2pm, at Dom na Kinoto, there will be a forum in which representatives of the municipal authorities, architects, urban planners, social activists and others will present good practices related to the urban development in Bulgaria and Europe, will discuss the problems of the quarter and seek mutual dialogue and a way of solving these problems, in the words of the organisers.

The Polish Institute will feature screenings of promotional films about Poland, performances by popular Polish musicians, a presentation on Warsaw’s reconstruction after the Second World War and the documentary exhibition, Famous Bulgarians In Support of the Polish Cause.

At 29 Bacho Kiro Street, there will be presentations of Armenian culture through exhibitions of graphic arts and paintings, showing of traditional Armenian costumes, photographs of remarkable places in Armenia, delicious Armenian dishes, traditional music and more.

A special selection of international video art shows will be held on September 16 at the Goethe-Institut in Sofia.

The Shalom Organization of the Jews of Bulgaria has a programme that features, on September 15 from 10am to 4pm, an open day at the Central Sofia Synagogue and its museum, admission free.

On September 17, from 10am to 11am at the Synagogue, Professor Hanna Lorer will give a presentation on the Jewish Diaspora, on the occasion of the European Day of Jewish Culture. The same day, the Synagogue and museum have an open day, from 10am to 5pm.

On September 17, from 11am to 1pm and from 4pm to 6pm, there will be a “bagel workshop”, a joint initiative by bakeries, the Polish Institute and Shalom.

On September 16 and 17 at 3pm, there will be Jewish history tours, with Dom na Kinoto as the starting point. 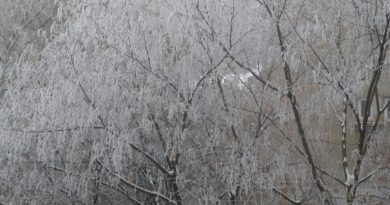