Bulgaria’s Dossier Commission, the body charged by law to check people in public life for links to the country’s communist-era secret services, announced on September 12 the names of six Bulgarian Jewish community leaders that it said had worked for State Security.

The check was carried out under a provision of the law that says that the Commission checks leaderships of religious communities.

The Commission checked 15 people who had been in the governing bodies of Bulgarian Jewish community organisations in the past 10 years. Of the six names announced, two had been disclosed before, in a report by the Dossier Commission in March 2012.

These were Yosif Geron, of the Central Israelite Spiritual Council leadership from 2013 to 2016, who the Commission said had been agent Asenov for State Security, recruited in 1980 when he was 26 years old, and Rosa Berger, recruited in 1972 when she was 28, to be a collaborator code-named Rositsa, according to the Commission.

The Commission said that Avram Paparo, in the leadership of the Central Israelite Spiritual Council from 2013 to 2016, had been State Security’s Agent Yanko, recruited in 1975 at the age of 39.

Aron Bali, a member of the Central Israelite Spiritual Council’s leadership from 2016, had been a secret collaborator for State Security from 1972, code-named Svetozar and Viktor.

Sabetay Varsanov, in the leadership of the Central Israelite Spiritual Council, born in 1949, had from 1973 been Agent Dimitrov and later Agent Grigorov, according to the Dossier Commission.

Since its founding in 2006, the Dossier Commission has checked Christian, Jewish and Muslim religious leaderships.

In 2012, the Commission announced that 11 out of 15 of the members of the Bulgarian Orthodox Church’s Holy Synod, the church’s governing body, had worked for State Security. Similarly, it announced members of the leaderships of the Roman Catholic and Muslim communities who had collaborated with Bulgaria’s communist-era secret services. 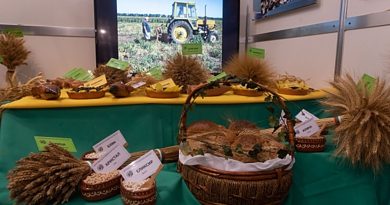