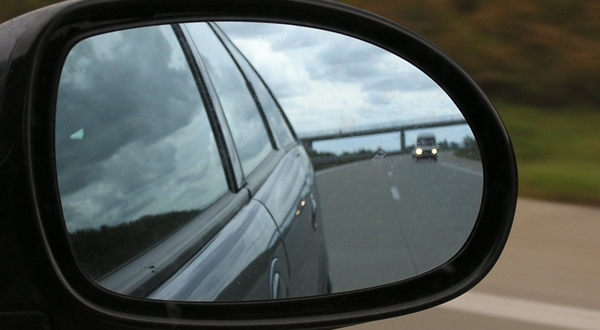 Bulgarian traffic police want to use unmarked cars to get evidence against aggressive drivers, as a further step after mounting numerous patrols on motorways as the fatal summer driving season gets into full swing.

Bulgaria has the highest road death rate in the European Union, and the summer months are the riskiest, as holidaymakers hurtle between inland cities and the Black Sea coastal resorts.

Traffic Police chief Boiko Ranovski, speaking to public broadcaster Bulgarian National Television on July 19, said in each of the June – August months over the past three years, 200 people had died in road accidents.

Ranovski said that it was practice in many other countries for unmarked patrol cars on highways to record dangerous drivers, but unfortunately, this was not being done in Bulgaria at the moment.

“Perhaps it is one of the directions in which we must pay attention, to equipping police cars with technical means to identify the most aggressive drivers. Those are the drivers that cause the serious accidents,” Ranovski said.

He said that since the beginning of 2017, about 180 000 tickets had been issued and the registration of 4300 cars had been revoked because they had unlicensed drivers at the wheel.

“All the available police forces are on the main roads and the control is extremely intense,” he said.

Nonetheless, especially between Sofia and Plovdiv, there were numerous incidents seen by The Sofia Globe in which cars obviously travelling well above the speed limit of 140km/h went on their way unimpeded and at no point were seen to be pulled off by traffic police.

Ranovski noted that the Road Traffic Act had been amended earlier in 2017 to clarify the rules on when – and when not – a vehicle may be in the emergency lane.

The Sofia Globe also has witnessed, in recent years, numerous incidents in which, in the event of a traffic jam, motorists resort to overtaking everyone else by driving in the emergency lane.

Ranovski said that unfortunately, there were still motorists who did not stick to the rules.

On July 19, protests are planned by relatives of those who have died or been seriously injured in road accidents in Bulgaria, to demand safer conditions on the roads. The protests are planned for Plovdiv, Varna, Bourgas, Rousse, Mezdra and Sofia, where the event will begin at 5.30pm outside Alexander Nevsky cathedral.

A report by BNT also noted that tail-gating – the practice of driving very close behind a car – continued to be commonplace on Bulgaria’s motorways.

Tail-gating happens often when a motorist driving at high speed, customarily above the 140km/h speed limit, aggressively seeks to “push” a car ahead out of the way.

Vladimir Todorov, of the association of people injured in car accidents, said: “The worst that can happen is for both cars to crash, spin and then collide with other cars”.

When a car approaches another from behind at less than two metres’ distance, any sudden braking or other abrupt manoeuvre by the car in front can result in a high-speed crash from which chances of survival – even with seatbelts and air bags – are not high.

The report noted that in many countries, this kind of aggression on the road is punishabl by serious fines.

In order for this type of practice to be monitored, technical improvements are also needed.

Todorov said that, unfortunately, on Bulgaria’s completed motorways, there were only four to five cameras “which is absolutely inadequate, there should be at least 40 to 50 cameras”.

He called for sanctions for flashing headlights, approaching at a dangerously close distance, blowing of car hooters to force other motorists out of the way, “but the only evidence can be documentation with camcorders”.

“We must have unmarked police cars that drive on the motorway and film such offenders, because this can only be done on the move,” Todorov said.

“Those who speed should know that getting there 10 to 15 minutes earlier will not solve any problems of human destiny. On the contrary, it will result in unsolvable problems,” he said.