The percentage of Bulgarians who are optimistic about the future of the European Union has risen to 59 per cent in Eurobarometer’s spring 2017 poll, a gain of four percentage points compared with the autumn 2016 survey.

The poll in the 28 member states of the EU was done between May 20 and 30 2017 on the basis of 28 007 face-to-face interviews. It was commissioned by the European Commission’s directorate-general for communications and conducted by TNS opinion & social.

Across the EU, the poll found that 56 per cent of EU citizens said that they were optimistic about the future of the EU, which was a gain of six percentage points in the past six months.

Across the EU, the poll found that 51 per cent saw their domestic economy as good and 46 per cent as bad. The positive views marked a distinct rise compared with 2009, when it was at about 20 per cent.

Spring 2017 found 40 per cent of those polled across the EU as having a positive view of the bloc, 37 per cent neutral and 21 per cent negative.

Just 15 per cent saw Bulgaria’s domestic economy as good while 80 per cent saw it as a bad, though this latter figure marked a slight drop from the autumn 2016 survey.

Notably, when the autumn 2016 survey was done, the second Boiko Borissov government was in power. The spring 2017 survey was done just a few weeks after Borissov returned to power at the head of his third government, a coalition between his GERB party and the ultra-nationalist United Patriots.

Bulgarians’ trust in their Parliament was recorded at 20 per cent, a gain of five percentage points, while distrust in the legislature was 73 per cent, the Eurobarometer poll found. 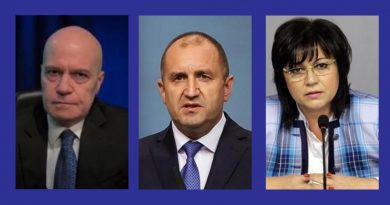