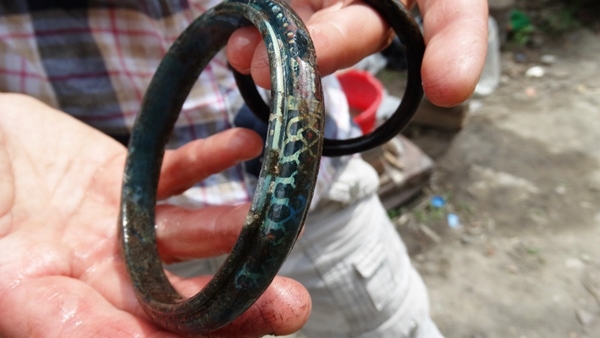 Very well-preserved glass bracelets have been found in a grave in a recently-discovered necropolis near Plovdiv’s Small Basilica.

According to archaeologist Elena Bozhinova, who is working on the site of about 200 sq m, the finds at the site date from about the 11th to the 14th centuries.

The use of the site varied in the centuries long past. At one point, it was a cemetery, and at another, a residential neighbourhood.

Also found were remnants of a very large stone building, something exceptional for the Middle Ages and more usual for the Roman era in the ancient city. It is assumed to have been a building of significant importance. A stone wall in the middle of the site is believed to have been enclosed in the necropolis. 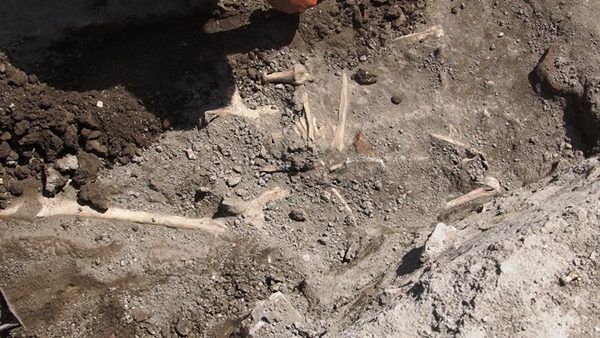 According to Bozhinova, the finding of the glass bracelets helped to date the entire necropolis.

Dating the necropolis was more accurate than basing the date on coins, “as the glass bracelets are fragile and break easily, while one coin may not change for 300 years,” Bozhinova said.

“We did not expect it from the mediaeval period, but from it we have literally all possible archaeological structures,” she said. This included a paved street, a fragement of an apse, a below-level dwelling, and an underground storage space of which only the stove remained.

At the site, work is now proceeding from the mediaeval period further down to antiquity.

The Small Basilica in Plovdiv was built in the second half of the fifth century CE. The remnants were found in the 1980s. After an extensive conservation and restoration project, funded by the America for Bulgaria Foundation, Ministry of Culture and Plovdiv Municipality, the site – protected and housed in a special structure – opened to the public in May 2014. 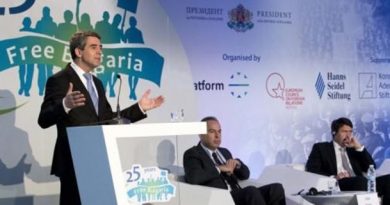