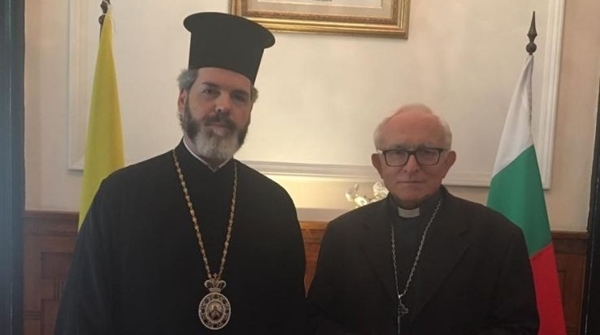 The statement by Bulgarian President Radev’s office that the reason that no Orthodox or Roman Catholic clergy from Bulgaria were included in Radev’s audience with Pope Francis was at the request of the Vatican “does not correspond to the truth,” a Bulgarian Orthodox Church Metropolitan said in a statement posted on the church’s official website.

The statement was posted by Anthony, Western and Central European Metropolitan of the Bulgarian Orthodox Church, after he held talks with the Papal Nuncio in Sofia, Monsignor Anselmo Guido Pecorari.

Radev, accompanied by a delegation of officials and politicians but no clergy from Bulgaria, was received in audience at the Vatican by Pope Francis on May 26, during a visit to Rome by the delegation in a traditional annual celebration of the feast day of Saints Cyril and Methodius. 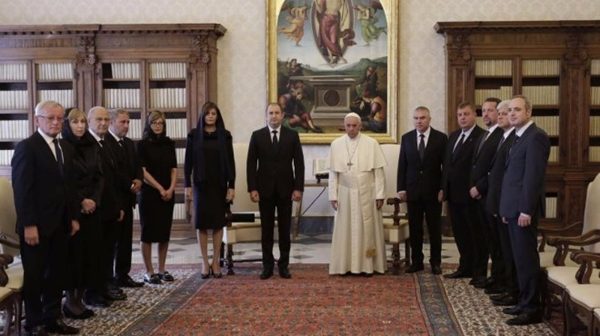 In the decades that such visits, led variously by turns by Bulgaria’s President, or Prime Minister, Speaker of the National Assembly or Foreign Minister, have taken place, it is unprecedented for Bulgarian Orthodox Church senior clergy not to be included in the meeting with the head of the Roman Catholic Church.

He quoted Monsignor Pecorari as stating that the Vatican does not interfere with the state delegations that have come for an audience with the Pope.

On Facebook, Anthony said that President Radev’s administration had said that the Vatican had made it a condition that only secular individuals could be included in the delegation to meet the Pope.

“I have to say that this clearly does not correspond to the truth,” Anthony said. “Such ridiculous justifications, however, put pressure on relations not only between the Bulgarian state and the Vatican, but also between the Bulgarian Orthodox Church and the Roman Catholic Church, which is unacceptable.

“The Western and Central European Dioceses of the BOC have long-standing good relations of respect and cooperation with the Roman Catholic Church, which are based on honesty, openness and good-faith dialogue,” Anthony said.

“I dare hope that the good relations between the Bulgarian Orthodox Church and the presidential institution will not suffer from this incident and next year representatives of the state and the church will participate together in the meeting with the Pope in Rome on the occasion of our day of writing and culture.

“This unity of church and state power in celebrating this important celebration for the Bulgarian spirituality is not a formal protocol, but sends an important message of how we understand the work of the holy brothers and whether we really are their heirs.”

Anthony said that the picture he had prepared as a gift to Pope Francis would be offered at a charity auction at a Sofia luxury hotel on May 31, to assist a children’s centre for social integration and physical rehabilitation, a summer camp for gifted children with impaired vision and in support of a 14-year-old with diabetes. 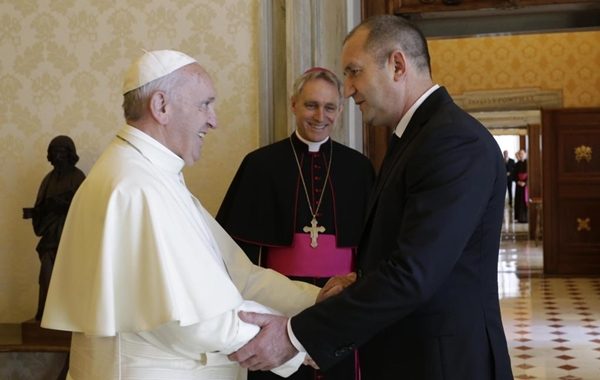 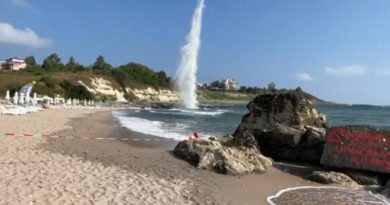 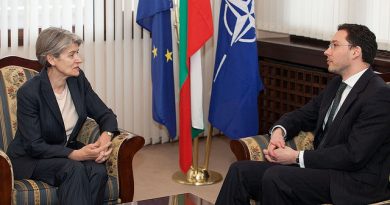