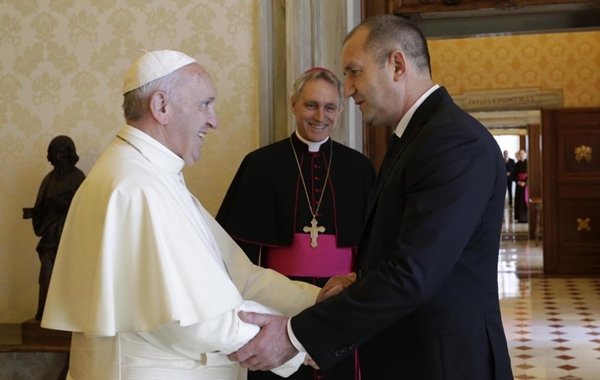 The Bulgarian Orthodox Church Metropolitan of Western and Central Europe, Anthony, has complained that none of the church’s clergy were present when Bulgarian President Roumen Radev was received in audience by Pope Francis.

The Roman Catholic church in Bulgaria is reportedly also offended that none of its senior priests were included in Radev’s delegation to the meeting at the Vatican.

Bulgarian specialist news website Dveri said that the May 26 2017 meeting between the Pope and the Bulgarian head of state was the first in 20 years not to include Bulgarian Orthodox Church representatives.

Every year on or around May 24, a Bulgarian delegation visits Rome to celebrate the feast day of Saints Cyril and Methodius and their role in the founding of the Slavonic alphabet. Traditionally, the delegation is headed, by turns, either by the President, Prime Minister, Speaker of the National Assembly, or the Foreign Minister.

According to Dveri, after the audience with the Pope, the Bulgarian delegation visited the St Paul chapel in Rome, used by the Bulgarian Orthodox community in Rome for worship by special dispensation from the Vatican.

“Metropolitan Anthony addressed the guests at the house of worship and in particular the President, and did not hide his bewilderment that the delegation, for the first time in many years, did not include any cleric,” the report said.

Anthony expressed hope that this would not become a tradition in the future.

The report said that the Roman Catholic community in Bulgaria also expressed dissatisfaction with the decision by the presidential administration not to include any clerics in the delegation to meet the Pope.

Neither Bishop Grigori Yovchov, head of the Sofia-Plovdiv eparchy, not any other Catholic priests serving in Bulgaria were invited to the audience at the Vatican.

The Bulgarian Orthodox Church was quoted as saying that many politicians and officials from the government administration wanted to have their pictures taken with the Pope, and the Vatican limits the sizes of delegations. So the easiest thing to do was not to include any clergy in the Bulgarian delegation. 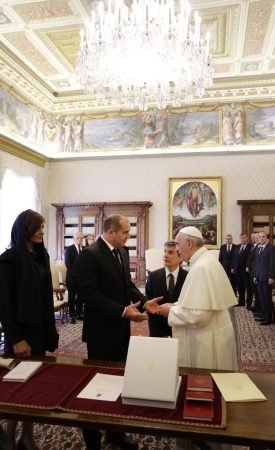 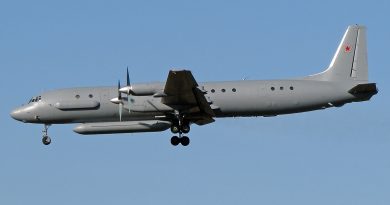