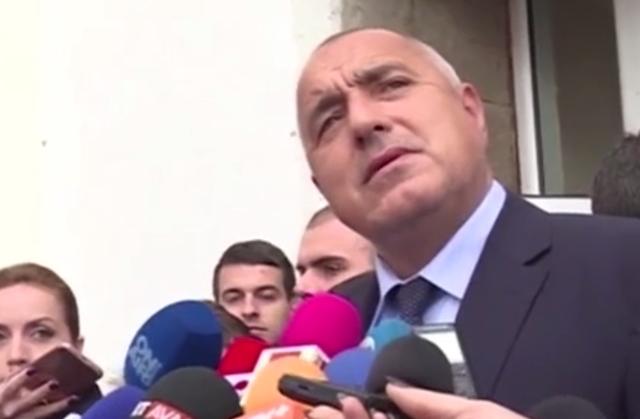 The commission has requested the assistance of the Council for Electronic Media in scrutinising recordings of Borissov’s comments after he voted on Sunday morning in the country’s presidential election second round.

The complaints were made on the basis of comments made by Borissov to reporters. A number of media have not reported these comments out of concern that they themselves could fall foul of the law against canvassing on election day.

Meanwhile, the Regional Election Commission in the town of Kyustendil has referred to prosecutors a complaint about alleged vote-buying the village of German in the Dupnitsa municipality.

The complaint was lodged on the basis of allegations that a representative of a political party was offering villagers 10 leva (about five euro) cash to vote for a particular candidate.

Separately, the Prosecutor-General’s Office said that prosecutors had launched 13 investigations and 231 preliminary checks into alleged violations of electoral law from the beginning of the presidential election campaign to date.

Prosecutors had not proceeded further in the case of 173 complaints because no evidence of a crime had been found, the statement said. Three of the complaints had been referred to the Central Election Commission because the issues were within their competence.

On November 13, the Central Election Commission issued a statement to all media again underlining that it is against the law to make public data about results before voting has ended.

All media that had done so should immediately stop and must remove all data already published, the commission said.

It said that the data published had no official status.

On the day of the second round of Bulgaria’s November 2016 presidential elections, a number of Bulgarian-language media posted on Facebook a running summary of exit polls.

Doing this is seen as exploiting a loophole in Bulgarian law which does not define social networks and personal blogs as part of the media. The media – broadcast, online and print – are specifically barred by law from reporting exit polls before the end of voting.

In a separate announcement, the Central Election Commission said on November 13 that it had established that a website had posted exit polls illegally.

The commission said that the website glasove.com had posted (using coded language) the results of the elections by 9am.

It said that it had ordered the website to remove the post, not post any further such material, and said that it had referred the matter to the District Governor of Sofia to issue a penalty.

Bulgaria’s Electoral Code says that the penalty for a media outlet that publishes such information in violation of the law is a fine from 2000 to 5000 leva.
/Politics