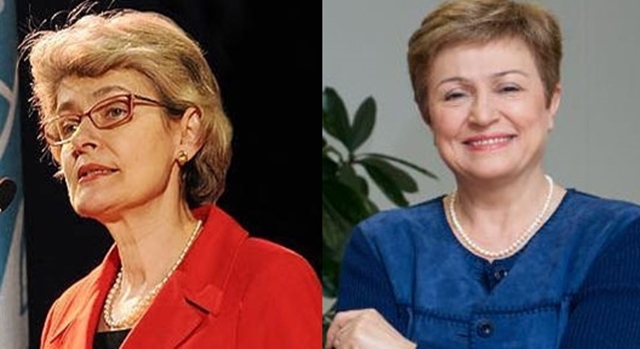 The opposition Bulgarian Socialist Party has described as a “disgrace” the September 28 decision by the Bulgarian government to transfer its support from Irina Bokova to Kristalina Georgieva in the race to be the next United Nations Secretary-General.

Prime Minister Boiko Borissov’s Cabinet took the decision after Bokova’s performance in a series of UN Security Council votes on the candidates to be Secretary-General showed a continuous decline.

Bokova, in her second term as head of Unesco, always had been an awkward fit for Borissov’s centre-right coalition government, given her political pedigree stretching through the Bulgarian Socialist Party to a communist past.

Bokova was a deputy foreign minister in a 1990s socialist government that was driven from office by popular protests over the financial and economic calamity into which that government plunged the country. She was a failed vice-presidential candidate on a BSP ticket in 1997. She was ambassador in Paris and to Unesco before her first term as Unesco’s head.

Her divisive nomination was made by Borissov’s government under pressure from Georgi Purvanov’s minority party ABC when it was part of the coalition. Recently reports emerged that Borissov’s government would switch to Georgieva, a respected European Commissioner and former top World Bank official.

The decision to switch support from Bokova to Georgieva seemed like succumbing to external influence, to the detriment of the Bulgaria national interest, Ninova said.

The decision would undermine the possibility of Bulgaria gaining the Secretary-General post, according to Ninova, who described the move as “unacceptable and inconsistent”.

Mariana Todorova, an MP for Purvanov’s ABC – one of the two smallest parties in the National Assembly – said that the party disagreed with the Cabinet decision.

“We are disappointed, we believe that the sovereignty of Bulgaria and the Bulgarian government is under question because it was obviously influenced by many foreign factors,” Todorova said.

The ABC MP said that Georgieva had “no chance” and said that this had been “repeatedly confirmed by many analysts”.

Gemma Grozdanova, of Borissov’s GERB party, expressed approval for the government’s decision and said that it would enhance the likelihood of success.

Mustafa Karadaya, leader of the opposition Movement for Rights and Freedoms, the third-largest party in the National Assembly, said that “as a state we have done much to damage the success of Bulgaria in this race. Today’s act we see as one that harms the images of the country and does nothing to contribute to success in the competition”.

Dimitar Delchev, of centre-right coalition the Reformist Bloc, which largely supports the government, said that Georgieva, as a right-wing candidate, as a European, a candidate from the European Commission, a Eastern European, “is for us a good candidate”.

“We believe that the head of the UN should be a right-wing person with right-wing thinking like the people who head the Council of Europe and the European Commission,” Delchev said. 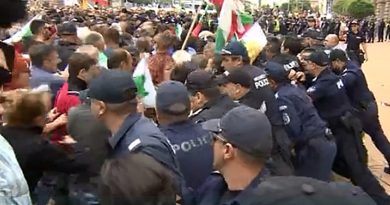