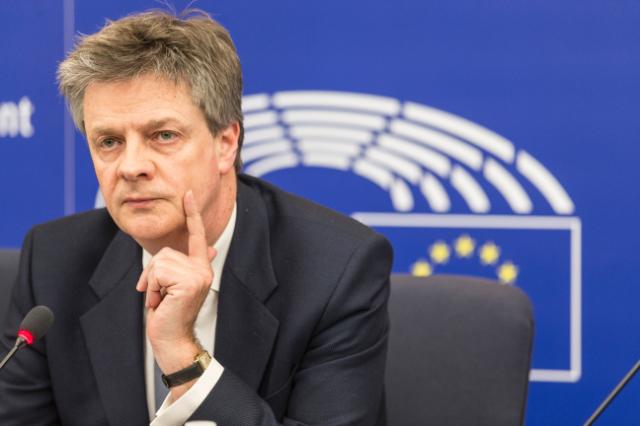 European Commission President Jean-Claude Juncker said on June 25 that he had asked Latvia’s Valdis Dombrovskis to take over the commission’s financial stability, financial services and capital markets union portfolio after the UK’s Jonathan Hill said earlier in the day he was resigning.

Hill resigned from the European Commission as a result of the June 23 British vote to leave the European Union. He said that “like many people here and in the UK, I am obviously very disappointed about the result of the referendum”.

“I wanted it to end differently and had hoped that Britain would want to play a role in arguing for an outward-looking, flexible, competitive, free trade Europe. But the British people took a different decision, and that is the way that democracy works,” Hill said.

He said that “as we move to a new phase, I don’t believe that I should carry on as the British Commissioner as though nothing had happened.”

“I came to Brussels as someone who had campaigned against Britain joining the euro and who was sceptical about Europe. I will leave it certain that, despite its frustrations, our membership was good for our place in the world and good for our economy. But what is done cannot be undone and now we have to get on with making our new relationship with Europe work as well as possible,” Hill said.

Juncker said that he accepted Hill’s resignation with great regret and was proposing that the portfolio be handed to Valdis Dombrovskis, currently Vice-President responsible for the Euro and Social Dialogue.

“At the beginning of this Commission’s mandate, I wanted the British Commissioner to be in charge of Financial Services, as a sign of my confidence in the United Kingdom’s membership of the European Union.

“To my great regret, this situation is now changing. I have tried to convince Lord Hill to stay on as Commissioner. I consider him to be a true European and not just the British Commissioner. However, I understand his decision and I respect it,” Juncker said.

Juncker said that he would discuss with UK prime minister David Cameron potential names for a new British European Commissioner. The proposed appointee would be subject to a European Parliament hearing and agreement between the European Commission President and the Council of Ministers.

The UK commissioner would remain in place until the UK’s departure from the EU, two years after the triggering of the Article 50 notice that the country intends quitting the bloc.