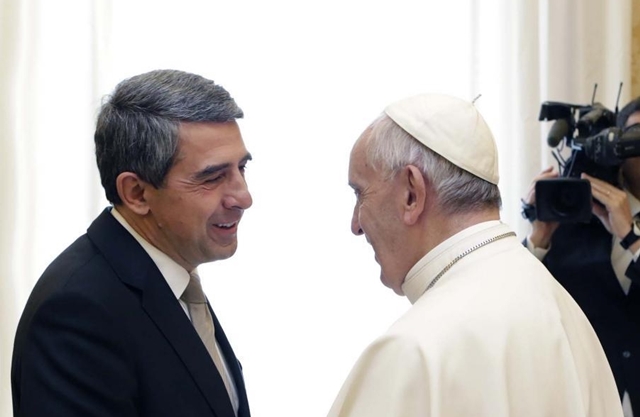 Roman Catholic church head Pope Francis received Bulgarian President Rossen Plevneliev in audience at the Vatican on May 16, with topics discussed including the refugee crisis in Europe.

The refugee crisis is a priority issue for the Pope, who after an April 16 visit to the Greek island of Lesbos accompanied by Ecumenical Patriarch Bartholomeos I, took 12 Syrian refugees back to the Vatican.

Pope Francis, who received Plevneliev and a Bulgarian delegation ahead of Bulgaria’s May 24 celebration of the Day of Saints Cyril and Methodius, told the Bulgarian President that he thanked Bulgarians for maintaining values that are an example of tolerance and understanding. 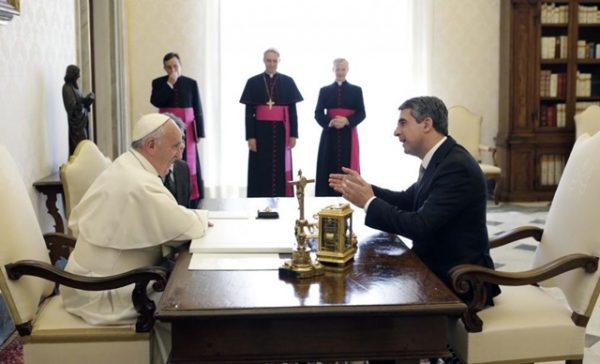