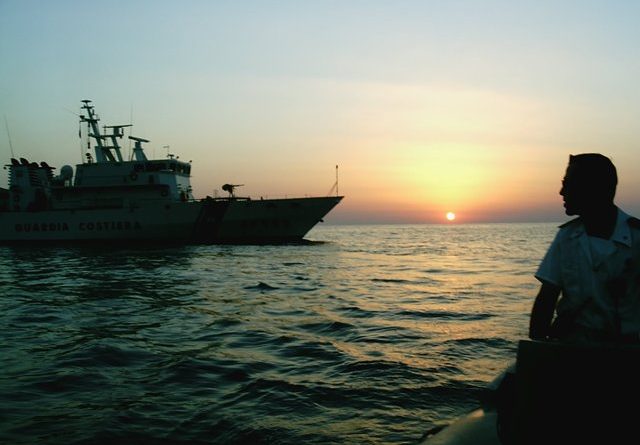 The rescue of over 800 migrants off the coast of Sicily over the past two days is emblematic of a new strategy by those desperate and determined to escape their war-torn native countries and enter Europe.

An Italian coast guard ship arrived in the Sicilian port of Augusta Friday carrying 340 migrants rescued in the Mediterranean Sea, many of them from Syria and Iraq.

They were passengers aboard one of two ships that were spotted sailing off the coast of western Sicily. The coast guard said 515 people were rescued from the other boat.

International refugee groups say this is the largest group of Syrian refugees who have arrived in Italy this year, and signals a change in tactics among refugees who are now unable to enter the continent via Turkey.

Ankara reached a deal with the European Union in March under which it would take back all migrants who land in Greece in an effort to stem the flow of migrants into Europe, which last  year totaled more than 1 million people, making it Europe’s biggest immigrant crisis since World War II.

The International Organization for Migration said more than 187,000 migrants and refugees have entered Europe by sea between January 1 and May 8, with 1,357 fatalities.

Along with the deal with Turkey, the EU has launched a naval mission to disrupt people smuggling on the Mediterranean seas. But a British parliamentary committee has determined the mission a failure.

The mission, known as Operation Sophia, authorizes EU naval vessels to seize and destroy vessels used in people smuggling. But the House of Lords EU Committee said the effort has simply forced smugglers to switch from wooden boats to “even more unsafe” rubber dinghies.

And the EU’s deal with Turkey also appears to be at risk in a standoff over Ankara’s legal definition of terrorism.

In exchange for curbing the flow of immigrants, Turkey would narrow its anti-terrorism laws, and its citizens would be allowed to travel to Europe without the need for a passport.

The EU said Turkey’s broad definition of terrorism can be used to target free speech and political dissent.

But Turkish President Recep Tayyip Erdogan defiantly said Thursday that his country could not change its anti-terrorism laws while it is fighting Kurdish militants.

Three arrested in discovery of 71 migrants’ bodies in Austria