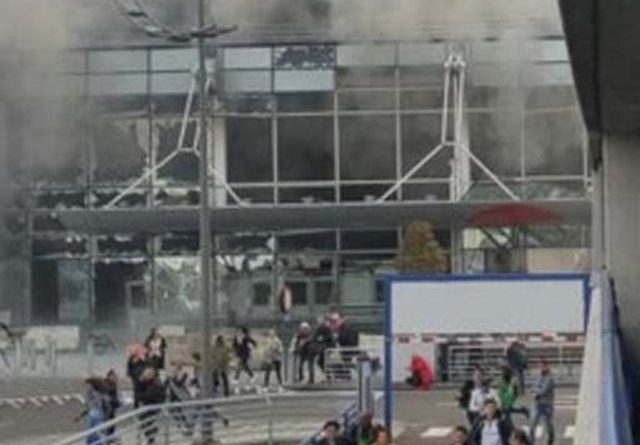 U.S. and European intelligence officials are beginning to grudgingly accept that the deadly terror attacks in Brussels by the Islamic State group will not be the last on Western soil.

Officials have long been concerned that IS might find ways to take advantage of weak spots in Europe’s security system. But especially worrisome is that Tuesday’s attacks on Brussels’ Zaventem airport and Maalbeek subway station that killed at least 30 people and injured more than 200 followed an intensive crackdown by Belgium and France.

“I think it’s becoming more and more clear that they are deeply rooted,” a U.S. official told VOA on condition of anonymity when asked about the IS threat in Europe. “They’re hitting either countries that are their homes or hitting countries that are fighting ISIL.”

“We have to get used to it,” a diplomatic official told VOA. “We’ve been though this two times last year.”

Counterterrorism officials said the Brussels attacks seem to have been modeled on the same blueprint as the Paris attacks last November, seeking out so-called soft targets with little or no security to strike fear throughout the general population.

Salah Abdeslam would recognize the tactic. A key suspect in the Paris attacks, Abdeslam was taken into custody during last week’s counterterror operations in Brussels by Belgium and France.

“It could be a sign that groups are saying the arrest of Abdeslam isn’t the end — which it isn’t — and there are enough unconnected cells or small groups for the threat to persist,” said Patrick Skinner, a former intelligence officer now with the Soufan Group, a provider of strategic security intelligence services to governments and multinational organizations.

But even if the IS cells felt pressured to act now, he said he thought there was reason for concern.

“It’s a proven certainty they have high-functioning cells in place,” he said.

Western officials estimate there may be more than 3,000 people involved in varying degrees with terror networks across Europe. And there is ample concern IS has had plenty of time to mold many of them, often using the expertise of returning foreign fighters, into what some have described as a vast network of operational cells, actively collecting intelligence and looking for opportunities to strike.

“These are not very small cells that have been sent in for just one pinprick special mission. This appears to be that there is a constellation of cells rooted throughout Europe,” cautioned Malcolm Nance, a former counterterrorism and intelligence officer who now heads the Terror Asymmetrics Project.

“This [IS] is an expeditionary warfare organization,” he said. “They understand to punish your enemies, you can’t do just one operation.”

Nance and other former officials also say there is a high likelihood that the cells are not operating on their own, with instructions ultimately coming from IS leaders in Iraq and Syria.

“This is a war where they are throwing punches and we are striking back,” Nance said.

Any country at risk

Current and former officials also worry that while IS may be taking advantage of countries like Belgium, which have struggled with counterterrorism, the networks are strong enough that almost any country taking part in the fight against IS could be at risk.

But even with additional coordination between European counties and the U.S., taking down the network and its cells will take time.

The nature of these groups, operating like close circles of family and friends, “makes them difficult to get insight into but not impossible,” said the Soufan Group’s Skinner.

During a visit to Washington this month, French Interior Minister Bernard Cazenueve warned of the difficulty of uncovering terror cells, saying his country has been monitoring “several thousand individuals.”

“Not all of them are necessarily terrorists,” he said. “Some, we are certain that they are in connection, in communications, with terrorist groups or radicalized groups, but it doesn’t mean that they themselves are radicalized.

“But at some point they may be.”