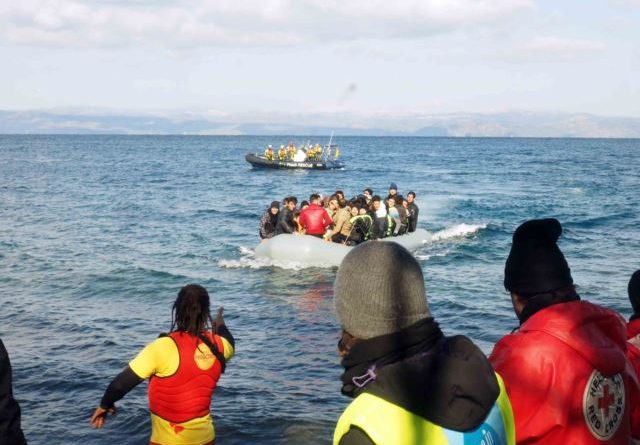 The 1,500 refugees at the Karatepe camp on the Greek island of Lesbos are nervous. Since the EU struck a deal with Ankara, they fear they will be sent back to Turkey.

The word is out – both at the Karatepe refugee camp and the Moria registration center on Lesbos – that refugees are to be evacuated and taken to Kavala in northern Greece. The huge ferry “El Venizelos” is ready and waiting for its involuntary passengers at the island’s main port of Mytilene.

The refugees fear deportation to Turkey. It would be an abrupt end to their odyssey to Europe.

Holding her young son in her arms, Nour asks Lesbos mayor Spiros Galinos where they are actually headed. The fear in her eyes is obvious. Galinos assures the microbiologist from Damascus that Kavala is in fact their destination. Nour gives him a skeptical look. Another Syrian, Mahmoud, tells the friendly mayor that he, his wife and three children urgently need to go to Athens to join up with other family members already waiting in the Greek capital. Mahmoud presents tickets for Wednesday.

The mayor promises that he and his family will arrive in Athens as planned – and Mahmoud is visibly relieved.

Many refugees, however, refuse to board the ferry, despite assurances by the local authorities. Only half full, the ferry leaves port. In the end, for reasons unknown, it heads neither to Kavala nor to Turkey, but docks in the port of Eleusis near Athens.