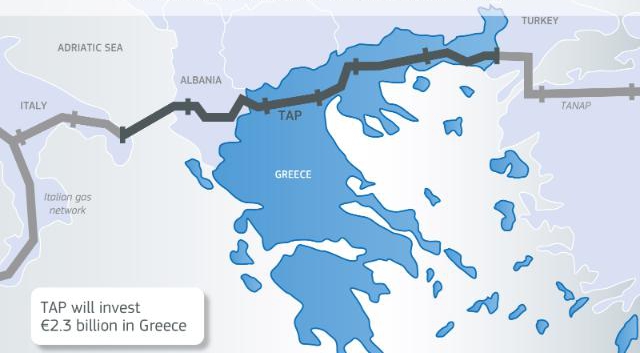 The European Commission said on March 3 that it has found the agreement between Greece and the Trans-Adriatic Pipeline (TAP) to be in line with EU state aid rules, clearing a regulatory hurdle for one of the most high-profile projects meant to reduce the bloc’s reliance on Russian gas.

Competition commissioner Margrethe Vestager said that “the investment incentives offered by the Greek Government are limited to what is necessary to make the project happen and in compliance with state aid rules,” and Maros Sefcovic, vice-president for energy union, praised the decision as “an important step towards completing the Southern Gas Corridor.”

TAP plans to link up with the Trans-Anatolian Pipeline (TANAP), which will ship Azeri gas from the Shah Deniz 2 field through Turkey to the border with Greece. From there, TAP will cross Greece, Albania and the Adriatic Sea on its way to Italy.

First deliveries through the new pipeline connection are expected in 2020, with several European countries already contracted to buy the gas, including Bulgaria.

The consortium that will build and operate TAP – with shareholders that include BP, Azeri state-owned Socar, Italy’s Snam, Belgium-based Fluxys, Spanish Enagás and Swiss Axpo – plans to invest 5.6 billion euro in the project, of which 2.3 billion euro in Greece. The pipeline was designated a “project of common interest” by the EC in 2013, as part of its trans-European energy infrastructure guidelines.

Greece’s government will offer TAP a “specific tax regime for 25 years from the start of commercial operations”, a provision that can result in an economic advantage over competitors, thus subject to EU state aid rules, the EC said. However, the Commission said that “the project’s benefits in terms of increased competition and security of energy supply clearly outweigh any potential distortions of competition triggered by the state aid.”