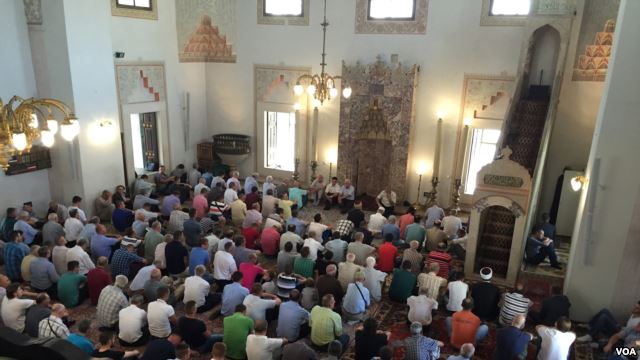 VOA’s Jeff Swicord visited Bosnia and Herzegovina and Kosovo to examine radical extremism in the Balkans. This is the second of three parts.

In September 1993, a battalion of foreign Islamic fighters overran a village near the Croat-held town of Vitez in central Bosnia-Herzegovina. They rounded up the prisoners and the wounded and summarily killed them all.  Even in a war infamous for its carnage, it was a particularly gruesome moment.

These mujahedeen, fresh from the Afghan-Russian war, began streaming into Bosnia the year before. They hoped to carry out a broader jihad in a war that started with the breakup of Yugoslavia and had descended into pitting Orthodox Christians, Catholics and Muslims against each other.

Other fighters recruited from North Africa and the Middle East followed. Aiman Dean, a Saudi, was among them. “Many of the mujahedeen in Afghanistan felt alienated from what was happening in Afghanistan. So when the war in Bosnia started, they saw in that war an outlet in which they could channel their jihadist ambitions.”

Dean, who would later join al-Qaida then leave the terrorist group disillusioned, says the mujahedeen unit started as a few dozen foreign fighters. Later, they would petition the Bosnian government to formally become part of the army. “The reason why the mujahedeen wanted official recognition was because they wanted to incorporate Bosnians with them,” said Dean.

Sarajevo University political science professor Vlado Azinovic has another take on the foreign Islamist fighters who came to Bosnia.  He says some fighters were tied to an effort by Muslim countries to skirt the ongoing U.N. arms embargo and gain influence in the region.

“The Bosnian leadership from the outset declared they didn’t need any fighters.  What they needed was arms; but, some of these illegal at times arms shipments were tied to a deal to accommodate an influx of mujahedeen.”

In 1993, the mujahedeen unit was formally put under the 3rd Bosnian Army Corps and General Enver Hadzihasanovic.  Their numbers swelled to nearly 1,500 mostly Bosnian troops.  Known for their brutality, the foreign Islamist fighters were far more aggressive than the regular Bosnian army soldiers.  Torture and summary killings were common, including beheadings— now a signature of the Islamic State group.

“I did witness summary execution of Serbian prisoners.  In all fairness, they were all military personnel or members of the Chetnik [Serbian] militias,” said Aiman Dean.

General Hadzihasanovic declined VOA’s request for an on-camera interview citing his ongoing legal troubles, but agreed to talk with us off-camera at a Sarajevo café.  He was convicted of war crimes related to the mujahedeen unit by the International Criminal Court and served two years at the ICC prison at The Hague.

In one of life’s poetic ironies, Slobodan Milosevic, the Serbian leader who inflamed anti-Muslim hatred, occupied a neighboring cell.  The unlikely pair became friends and together often made tea.  “I honestly don’t think he really cared what someone’s ethnic or religious background was,” Hadzihasanovic told us. “But if you got in the way of his quest for power, he would kill you in a second.”

Hadzihasanovic repeated what he testified at The Hague  that he really had no control over the mujahedeen unit.  Aiman Dean concurs. “They were in control,” Dean told us, referring to the foreign Islamist commanders.  “At the end of the day, they were in fact not just acting as leaders of their own group, but they were advising other Bosnian leaders and their commanders.”

The foreign Islamist fighters also brought a more radical, Salafi Interpretation of Islam to Bosnia that embraced the concept of global jihad. “They found Bosnia as a very good opportunity to introduce that kind of rigid religion – rigid understanding and interpretation of Islam,” said Bosnian Islamic scholar Hajrudin Somun. “They came to the war specifically to try to convert young Bosnian Muslims.”

Most Bosnians practice a moderate, European form of Sunni Islam, Somun explained. “A good Bosnian Muslim is one who attends Friday prayers at the mosque and then goes home to have a plum brandy.”

After the war, the Bosnian government asked all foreign fighters to leave the country.  Some stayed, forming Salafi communities in the mountains with other Bosnian nationals from the mujahedeen unit.

“Our data showed that 5,000 came and went out of Bosnia and Herzegovina during the war,” Bosnia’s Assistant Security Minister for terrorism issues, Vjekoslav Vukovic, told VOA. “Nearly 1,000 were present after the war and after our reviewing procedure, we withdrew citizenship and expelled nearly 500 of them.”

Some of the more than 200 Bosnian fighters who have joined the Islamic State group in Syria came from these isolated Salafi communities. In February 2014, an Islamic State flag appeared on a house in the village of Gornja Maoca. The enclave has been raided by Bosnian police several times in the past decade for suspected terrorist activities.

The impact of the Bosnian mujahedeen brigade has been felt around the world for more than 20 years.  Among their ranks was Khalid Sheikh Mohammed, the mastermind of the 2001 terror attacks in the United States.  So, too, were prominent Saudi members of al-Qaida, and Ramzi bin al-Shibh, part of the Hamburg cell that laid the groundwork for U.S. attacks.  Hundreds of others joined al-Qaida in Afghanistan or fought in Chechnya or Pakistan.

And now they are joining the Islamic State group.

“Bosnia was only just an episode of a long series of jihad conflicts that is going to spread all over the Muslim world, said Aiman Dean, “preparing the wider Muslim world for, you know, for jihad to establish the caliphate.”

Related: Can the Balkans kick its jihadi habit? 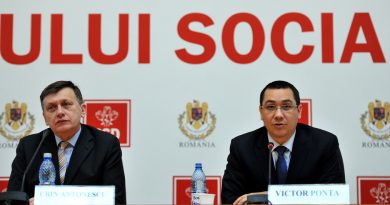