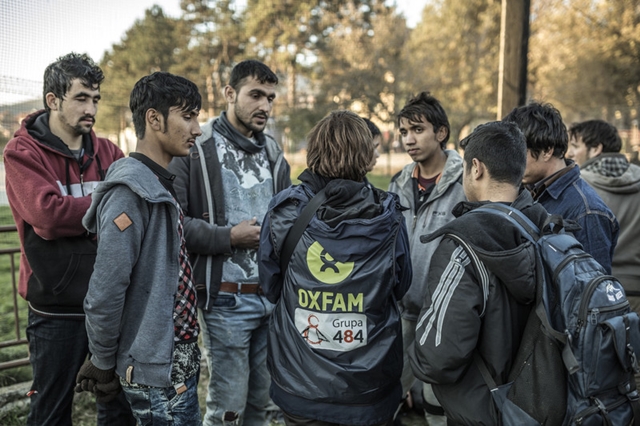 Refugees and migrants arriving in Europe through Bulgaria have alleged that they were abused by the country’s law enforcement officials, according to a report by the Belgrade Center for Human Rights, funded by Oxfam.

A survey of more than 100 people conducted by the Belgrade Center for Human Rights revealed alleged incidents of abuse both at the Serbian-Bulgarian border and at holding centers in Bulgaria. The survey was funded by Oxfam and released on November 13 2015.

The people interviewed, most of them from Afghanistan as well as Syria and Iraq, alleged extortion, robbery, physical violence, threats of deportation and police dog attacks. Most of these alleged abuses took place in border areas, particularly that with Turkey. All interviewees, except those who had not had any contact with the police, reported ill-treatment in Bulgaria.

Accounts of abuses in Bulgaria included that a group of about 10 interviewees witnessed a police officer holding a gun to a refugee’s forehead, while others lay on the ground, apparently unconscious. Frightened by the situation, they fled and tried to hide. Police caught up with the group, beat them, took their valuables, food and water. Later, close to the Serbian border, police officers released dogs on them, and gun shots were heard. Seven people from the group went missing and they have not had contact with them since.

Two Afghan men said that police officers had shot at them to prevent their escape, wounding two.

A large group of minors testified to having been intercepted by six Bulgarian police officers who threatened them with guns and dogs to force them back behind the Turkish border. While 17 refugees from their group managed to escape, 15 were detained and one was shot in the leg.

An Afghan man in his 20s spoke of having been pistol-whipped by police. 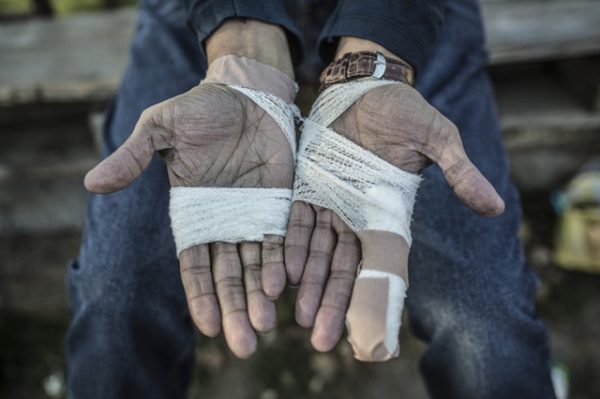 The interviews were conducted in the Serbian border town of Dimitrovgrad where up to 200 people cross the border from Bulgaria every day.

Similar accounts from refugees and migrants travelling through Bulgaria have been confirmed by other human rights organisations, such as the Helsinki Committee for Human Rights in Sofia, a media statement on November 13 said.

Oxfam and the Belgrade Centre for Human Rights are calling on the Bulgarian authorities to investigate these abuse allegations and to ensure that officials respect refugees’ human rights in their border operations.

Nikolina Milic of the Belgrade Center for Human Rights said: “People arriving in Serbia have been sharing with us these terrible accounts of abuse they have been experiencing in Bulgaria over the last five months.

“This report will alert the world to what seems to be happening in Bulgaria on a daily basis. The dramatic and shocking ill-treatment of people fleeing conflict and poverty is totally unacceptable, particularly in an EU member state. We are calling for an independent investigation into the incidents in Bulgaria, and we call on the Bulgarian government to condemn these human rights abuses in the strongest terms possible,” Milic said.

Stefano Baldini, Oxfam Director for South East Europe (including Serbia) who commissioned the report, said: “Refugees arriving in Europe must be treated with respect, and they have the right to protection. They should not have to experience brutality and xenophobia. These testimonies present a consistent picture of alleged incidents in Bulgaria.

“In light of the reported abuses, the European Union has to intervene and take concrete action to protect basic human rights within its borders,” Baldini said.

Migrants and refugees arriving in Europe face uncertainty and many practical difficulties, from the lack of basic information about aid points and available services to the risks posed by human trafficking and migrant smuggling, the media statement said.

Oxfam said that its programme provides information to refugees on what they are entitled to and where to go for help, as well as advocacy work to protect the rights of people on the move. By interacting closely with local authorities, as well as monitoring them, Oxfam provides support to migrants and refugees, shores up local organisations providing assistance, and works to guarantee the protection these people need.

Bulgaria has not yet responded to the allegations.