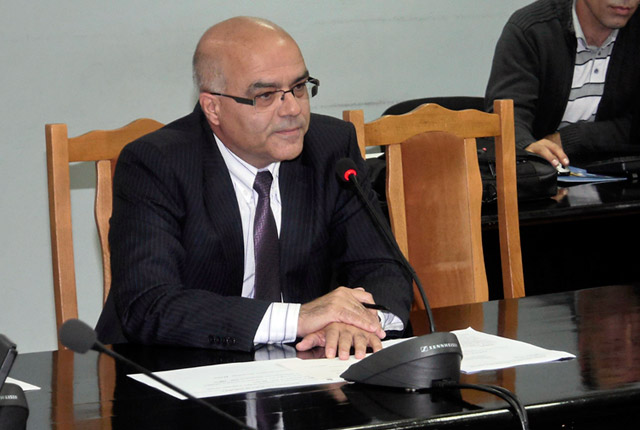 A peculiar political saga that has seen the law changed to effectively force the current head of Bulgaria’s Military Intelligence from his post, which in turn was vetoed by the President, with the veto upheld by a parliamentary committee, took a new twist on November 5 when Parliament voted to reject the veto.

The bottom line is that Yordan Bakalov, appointed earlier in 2015 as the second civilian to head Military Intelligence, will have to step down because he does not meet requirements inserted into the law at the proposal of an MP for the opposition Bulgarian Socialist Party.

The new requirements are that the post should be held by an officer of senior rank whose commission is active.

Arguably the strangest aspect of the saga so far is that after MPs for GERB, Boiko Borissov’s centre-right party that is the largest in the National Assembly and the majority partner in government, voted in favour of the BSP amendment that would see Bakalov ousted, Borissov not only criticised his parliamentary group but also joined in calls for President Rossen Plevneliev to veto the provision.

Bakalov, seen as associated with centre-right coalition the Reformist Bloc, submitted his resignation in October after the initial change to the law. At the time, Defence Minister Nikolai Nenchev, also from the Reformist Bloc, refused to accept Bakalov’s resignation, saying that he was awaiting Plevneliev’s move on a possible veto and the final decision by Parliament, which constitutionally has the power to override a presidential veto.

When the veto reached Parliament, it was upheld by Parliament’s defence committee, in what was seen as hardly a surprise. Expectations were that the full National Assembly would follow the same line, most probably with the votes of GERB and the Reformist Bloc.

But on November 5, GERB MPs – with only one exception – voted along with the BSP, Movement for Rights and Freedoms, nationalist Patriotic Front, Bulgarian Democratic Centre, Georgi Purvanov’s socialist ABC and Volen Siderov’s Ataka to reject the veto. The vote was 159 in favour of rejecting the veto, 15 against and two abstentions.

The Reformist Bloc opposed rejecting the veto, as did GERB’s Metodi Andreev.

Andreev, who headed a predecessor of the Dossier Commission, the body charged with examining communist-era secret service files and announcing the names of forrmer State Security people now in public positions, asked whether there were any other military intelligence services “in the US for example” where 36 per cent of the staff had trained in the Soviet Union.

“Is that the case anywhere in the US or the EU?” Andreev asked. He was referring to official data from the Defence Ministry in March 2015 that showed that 39 per cent of Bulgaria’s Military Intelligence staff were appointed before 1991, a percentage double that in other services. Bakalov’s predecessor as head of Military Intelligence was fired because of alleged resistance to reforming the personnel structure.

Andreev added that he would again table an amendment so that reserve officers could head Military Intelligence, which the law in its current form prevented them from doing.

In the November 5 National Assembly debate on President Plevneliev’s veto, opposition BSP defence spokesperson Angel Naidenov hit out at the President’s veto as based solely around the person occupying the office of head of Military Intelligence and he described Plevneliev’s reasons for the veto as “frivolous, even offensive to ordinary military service people”.

The Reformist Bloc’s Atanas Atanassov said that the original amendment by the BSP requiring the Military Intelligence head to be a senior serving military officer had been directed precisely at getting a Soviet-era officer appointed.

Atanassov said that Bakalov was not a Reformist Bloc appointment. He said that the BSP had personalised the issue instead of treating it as a political one.

The November 5 turnabout by GERB was the occasion for head-scratching as to the party’s motives, especially given that – as noted – Borissov had called publicly for Plevneliev to impose the veto.

In Parliament, there was speculation that there was a deal whereby someone else was being groomed to take over Military Intelligence, though at least one name mentioned was also a civilian and thus would be equally disqualified.

Especially given their political clashes before and after the October-November municipal and mayoral elections, GERB and the Reformist Bloc are experiencing mutual tensions, though this is hardly the first time since the centre-right coalition cabinet took office in November 2014.

According to a GERB statement after the meeting, the meeting reaffirmed the stability of the governing coalition.

Borissov said, “there is still so much work to be done. We have to preserve stability in the country. We are strong only when we are united and will not allow any scenarios of destabilisation to occur. Let’s work with a will and with humility”.

The overriding of the veto is also effectively a slap for Plevneliev, who has been head of state since January 2012 after being elected on the ticket of GERB. In a television interview in the past week, Borissov denied that there were tensions between him and Plevneliev. At the same time, Borissov and GERB have been equivocal about who will GERB’s candidate in the autumn 2016 presidential elections. Constitutionally, Plevneliev would be eligible for a second and final term as President, but GERB has not made clear whether he will be their candidate, and nor has Plevneliev said whether he would be available.

There is also the possibility of some problem with Bakalov himself – which, were this to be the case, would be a contradiction of the statement that Borissov made when the saga began, that he “liked” Bakalov as head of Military Intelligence. 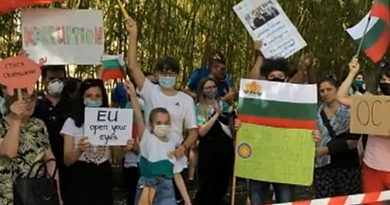