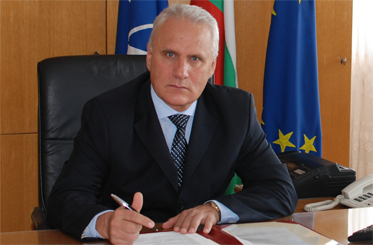 Nenchev said that he had been unable to reach consensus on important issues regarding Military Intelligence’s work, especially regarding human resources development, “where 39 per cent of senior staff were appointed before 1991”.

Earlier, Nenchev made reference to this percentage when answering questions in Parliament, with the figure being taken as an indication of how many senior Military Intelligence officers in Bulgaria date from the communist era.

The reasons for Ivanov’s dismissal included a need for greater interoperability with Nato services.

“I think that a lot of the elements of this co-operation are currently lacking,” said Nenchev, who took office in November 2014 along with the rest of the current centre-right coalition cabinet.

Nenchev said that he expected that new management of the service would soon carry out the necessary reforms to give a chance to young officers to prove their professional skills and enable them to take up managerial positions.

He said that information had been received about irregularities at Military Intelligence. This information would be checked and the new leadership take the necessary legal action, Nenchev said.

Ivanov was appointed director of Military Intelligence in 2010, the first civilian to take the post, following a change to regulations.

In May 2014, media reports said that military prosecutors had started an investigation into Military Intelligence.

In 2011, Bulgaria’s then-minister of defence, Anyu Angelov, said that an audit had found a series of offences regarding the awarding of bonuses at the discretion of the director.

In November 2014, Dossier Commission head Evtim Kostadinov criticised military and civilian intelligence services, saying that they were continuing to fail to forward achives to the commission, in violation of the law.

At the time, Ivanov denied that his directorate was in violation of the law, saying that all documents required by law to be handed to the commission had been sent.