The problems arising from the use of hate speech should be discussed openly, Bulgarian President Rossen Plevneliev said at a March 9 meeting with an American Jewish Committee delegation headed by executive director David Harris.

Plevneliev said that ethnic and religious groups in Bulgaria had lived together peacefully for centuries, and the brightest proof of this was the prevention of the deportation of Bulgarian Jews to Holocaust death camps in World War 2.

Calling for frank discussion of the problem of hate speech, Plevneliev said, “the most dangerous is to deny that we have problems – they must be identified in order to be solved”.

Plevneliev quoted Organization for Security and Cooperation in Europe figures for 2013 that said in that year, 651 hate crimes were registered in Bulgaria, 300 charges had been laid and 239 convictions handed down.

Only one of these incidents was a manifestation of anti-Semitism. According to Plevneliev, the Bulgarian state and civil society had always reacted sharply to any manifestations of intolerance.

At the meeting, Plevneliev emphasised the excellent partnership between the presidential institution and the Bulgarian state with Jewish organisations, a statement by the President’s office said.

Harris expressed the Jewish community’s great appreciation for the messages of mutual respect that came from Bulgarian institutions, the statement said.

“The example of the rescue of Bulgarian Jews in 1943 will never be forgotten,” Harris said.

He expressed the concern of the Jewish community about increasing anti-Semitism in Europe.

“For us it is very important to have friends like you who clearly state their position,” he said.

The meeting was also shared appreciation for the relations of strategic partnership between Bulgaria and the US and Bulgaria and Israel. Bulgaria is an important partner given the changed security environment as a result of the crisis in Ukraine and the actions of the so-called “Islamic State” in the Middle East, it was emphasised during the meeting, the statement said.

At that meeting, discussions covered the strategic dialogue between Bulgaria and the United States, the development of Bulgaria’s relations with Israel, as well as the strengthening of the Euro-Atlantic connection.

Other topics of discussion included the situation in the Middle East, the negotiations on Iran’s nuclear programme, the fight against international terrorism, the situation in Ukraine, and EU-Russia relations, a Foreign Ministry statement said.

Mitov emphasised that Bulgaria maintains excellent relations with Israel, the Jewish community and its organisations, both in Bulgaria and around the world.

He thanked Harris for his personal commitment and the AJC as a whole for popularising the historical facts of World War 2, when the Bulgarian people and institutions rescued the Bulgarian Jews, the Foreign Ministry statement said.

“My visit to Bulgaria is not just another stopover on my agenda. I have been visiting Bulgaria repeatedly for more than 20 years and I am a true friend of the country,” Harris said.

He said that the many untapped opportunities to popularise Bulgaria in the US should be used. 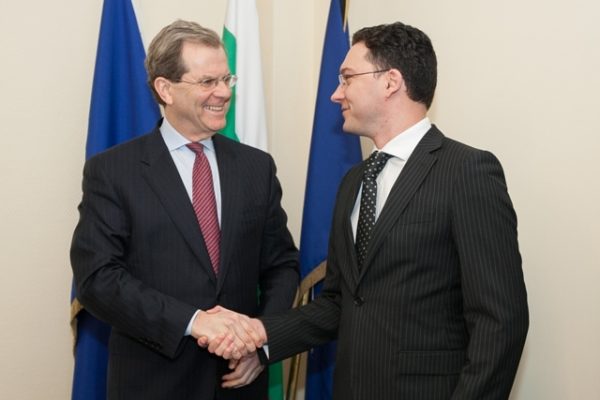 The development of bilateral relations in tourism can make Americans better informed about Bulgaria, Harris said. He praised the Bulgaria-US agreement on the establishment of working groups in four areas, which he sees as an expression of the strategic partnership between the two countries, the statement said. 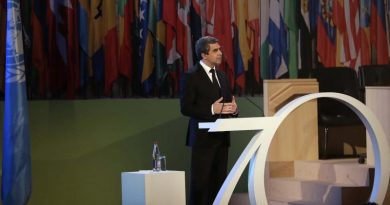