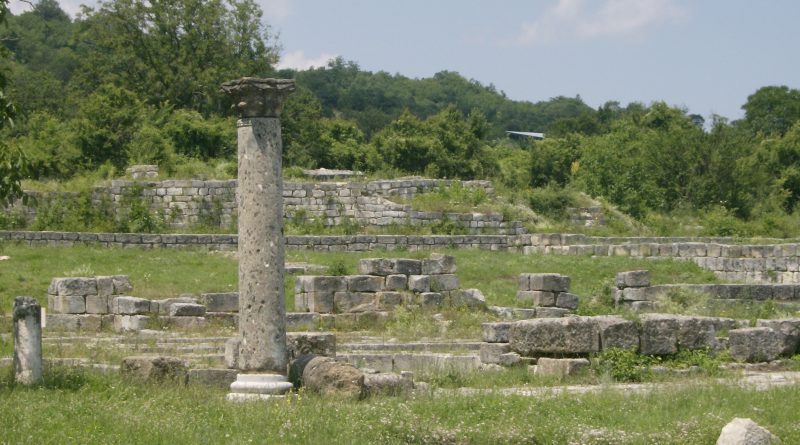 Archaeologists working at the site of a medieval monastery in Veliki Preslav, one of the former capitals of Bulgaria, have found 101 copper coins said to date from the late 12th to early 13th centuries CE.

Preslav was the capital of the First Bulgarian Kingdom from 893 to 972 CE. The site is about 20km from the town of Shoumen in north-easternBulgaria.

They were found in the north-east corner of the monastery building, which dates to the ninth century.

The coins were found over a space of four hours, after the first batch was located by a metal detector.

Professor Kazimir Popkonstantinov said that a find of such a large amount of coins was unprecedented for the Preslav archaeological site.

(Main photo, of the fortress site at Preslav: Izvora)