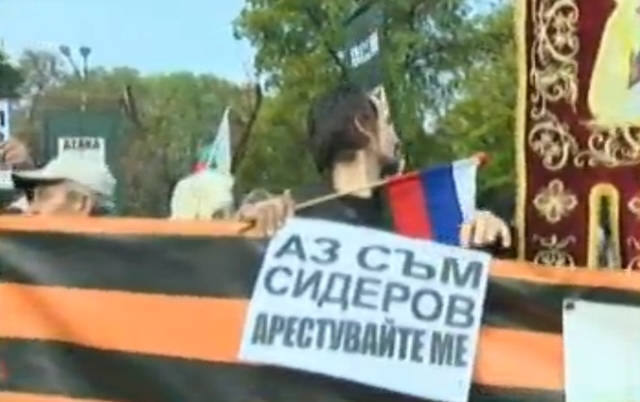 Groups for and against Ataka leader Volen Siderov gathered near Bulgaria’s National Assembly before its sitting opened on October 28, with MPs due to set up an ad hoc committee to decide on removing his immunity from prosecution on charges of hooliganism and intimidation.

A pro-Siderov group gathered near Alexander Nevsky cathedral while the anti-Siderov group was at the foot of the Tsar Liberator monument opposite the entrance to the Parliament building. A third group, of short-haired young men, many wearing hooded jackets, stood elsewhere in the square, a cordon of police confining their movement. 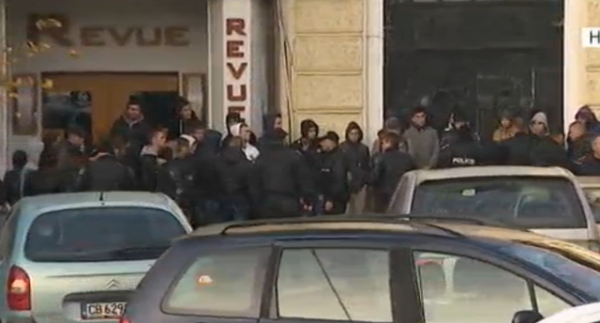 Large contingents of police and gendarmerie were on hand in the precincts close to Parliament.

The Prosecutor-General has requested Parliament to remove the immunity and permit the arrest of Siderov and Ataka MP Dessislav Chukolov from prosecution in connection with recent incidents in which they were involved in confrontations with, variously, shopkeepers at an all-night liquor store, and with students at the National Academy for Film and Theatre Arts.

Parliament has been in recess since before the October 25 municipal elections and national referendum. October 28 is its first sitting since that recess.

Procedurally, an MP whose immunity is the subject of a removal request may give it up voluntarily. On October 27, Siderov and Chukolov declined to do so.

Protesters against Siderov on the morning of October 28 described him as “the messiah of Russian interests in Bulgaria” and backed calls for the curtailing of MPs’ immunity. 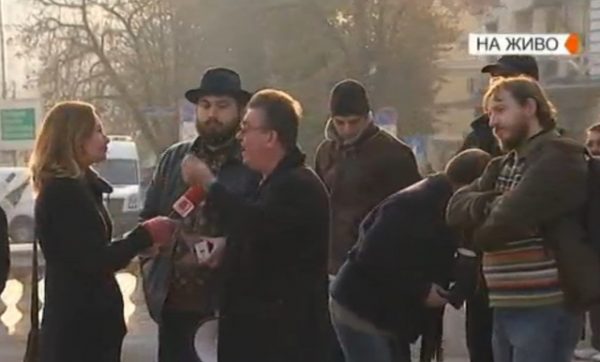 The protest against Siderov was organised by a group on Facebook using the hashtag #Je suis НАТФИЗ, a reference to the theatre academy. However, the day before, the theatre academy, which had been involved in a large-scale protest on October 26, distanced itself from this and subsequent protests.

At the scene of the pro-Siderov protest, participants shouted at reporters, “you have no business here, you are sellouts”.

One pro-Siderov protest participant, holding a Russian flag, told Nova Televizia that he had come to defend the Ataka leader “because we are supporters of Russia, not of America”.

The parliamentary ad hoc committee on the removal of the immunity of Siderov and Chukolov is planned to have two representatives from each of the parliamentary groups, as well as one independent MP.

In parallel, GERB, the centre-right party that is the largest in Parliament and the majority partner in the coalition government, has begun consultations on cutting back the constitutional provision on the immunity of MPs from prosecution, to replace it with immunity limited to activities on the House floor.

On the issue of changing the constitution, Justice Minister Hristo Ivanov took a cautious approach, saying that he would give his views in full once details of the proposal were clear.

Speaking on October 27, Ivanov said that there should be a very careful approach to the issue and that total removal of immunity was not to be recommended.

(Main photo: A supporter of the Ataka leader holds a Russian flag and a placard reading, ‘I am Siderov, arrest me’.)