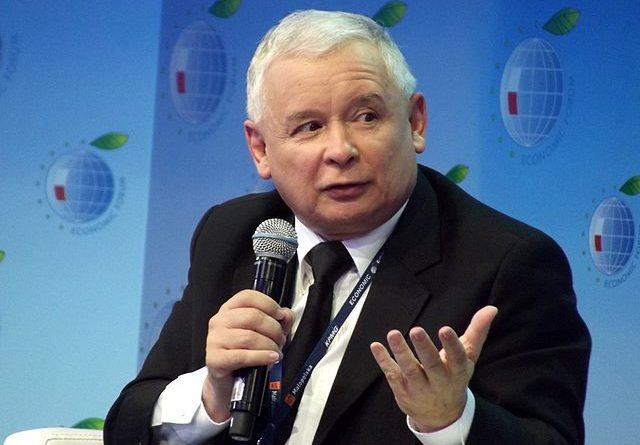 This is an unprecedented moment in the 25 years of Polish democracy. The national-conservative Law and Justice Party won a landslide victory of 39 percent in the parliamentary election on sunday. This gives the party an absolute majority and paves the way for its one-party rule in the next four years. The Party, which is now in a ruling position, has claimed over the last few years to have the exclusive right to represent the interests of the “real” Poland. It accused the previous liberal governments of betraying Polish interests and it maintained that its electoral success would also be a success for Poland – helping it too regain national sovereignty and independence. The deeply undemocratic disrespect for political opponents (government) emerging out of the Law and Justice Party has fuelled an extreme polarisation in Polish politics and political discourse that has been all too clear in recent years. This development in Polish politics has undermined confidence in state institutions, and played an important role in the major shift in public opinion to the right.

On Sunday, a combined almost 55 percent of Poles (the turnout for the election was just 51 percent) voted for right-wing parties. The national-conservative (Law and Justice – 39 percent), right-wing populist (Kukiz’15 – 9 percent) and extreme right (KORWIN – 4.9 percent) parties. No social-democratic parties made it into parliament. The ruling Civic Platform received just 23 percent of the vote, paying a bitter price not only for losing the crucial battle about symbols and narratives, but also for its own mistakes; amongst them, compromising tape-scandals of leading politicians, self-admiration, failing to meet up to rising aspirations in society, and the party’s arrogance toward voters.

This is the background to the election, which despite the clear-cut result raises more questions than answers concerning some of Poland’s most fundamental issues.

Law and Justice’s slogan: “for a better change” clearly resonated with many voters. In 2015 the desire for change in Polish society is the strongest it has been since 1989, as some opinion polls suggested. This might seem surprising considering the buoyancy of the Polish economy and the positive record of the country’s transformation so far. But this election marks the end of a 25 year political, social and economic transformation which, although it has produced winners, has also produced losers in the system. There are still those who genuinely believe the mantra of this transformation’s founding myth: that “catching up with the West” is the ultimate goal and measure of success, but once Poles, especially those of younger generation, realised that meeting this goal would not be in reach any time soon (in purely material terms), anger and frustration took hold. The devastating propaganda of Law and Justice describing Poland as a “ruined country” served to skilfully build upon and enhance the resentment emerging out of this dawning realisation.

What change does Poland want? What change do Law and Justice promise to deliver? And how far are the two aligned? This is where the real questions about the effects of Sunday’s election begin. The people wanted a generational change in politics. They wanted to break with the antagonism between the two big parties – Law and Justice and Civic Platform. This explains the success of some newcomers like the populist Kukiz’15 and the liberal party called The Modern. But the people also wanted more social security and justice, better state institutions, better paid and more stable jobs. The fact that so many voted for parties representing nationalist-conservative, xenophobic and right-wing views may suggest that out of a general feeling of insecurity (emerging from the crisis of capitalism, refugees, globalisation, and individualisation) many were keen on electing parties that promoted dominant Polish traditions and sentiments, which stress the importance of community values, defined in an narrow, nationalist terms.

The ultimate goal of Law and Justice is to change the constitution, but with the current majority this will not be possible. Even with the support of the Kukiz’15 party the government will not have the necessary two-third majority to make this a reality. Interestingly, shortly before the election Law and Justice took its long discussed and Orban-esque draft constitution off its website (which would limit the power of institutions like the Constitutional court and increase the power of the executive and parliamentary majority) and claimed that any official document outlining the party’s vision for a  new political system was non-existent. Is the party really turning away from its illiberal roots? Will it fully respect the rules of liberal democracy and not use its majoritarian legitimacy to crack down on institutions that don’t fit into its world view? Those who remember Law and Justice’s rule from 2005-2007 are not prone to much optimism and give little credence to Jaroslaw Kaczynski’s declaration that there will be no revenge against those who “had fallen” (i.e. had been defeated).  Kaczynski also called upon other parties to build a far-reaching red-white (colours of the Polish national flag) alliance to change Poland for better – an invitation directed at the smaller opposition parties (Kukiz’15 and Peasant’s Party) but at the same time another attempt to draw a line between those who are “patriotic” (white-red) and those who do not belong to the community. It is this ideological divide and polarisation which has been most destructive to the Polish democracy over the last few years. The main challenge for Law and Justice will be to overcome its own temptation to perpetuate and deepen divisions in society as well as to introduce a culture of democratic dialogue which it has so far clearly violated.

One of the main risks is that Law and Justice may sooner or later become a victim of its own success. The party’s claim that the Poles “deserve more”, also in economic terms, could become the party’s sword of Damocles. Now, holding a majority in parliament, the party will have no excuse not to fulfil its promises and stand up to the huge expectations it has raised in society. Law and Justice wants to cut taxes, introduce a monthly child benefit of €120 per child (three quarters of the GermanKindergeld), withdraw the ground-breaking pension reform by introducing a retirement age of 67,  and relax monetary policy to stimulate the economy. Economists predict that this programme will lead to stronger economic growth (up to 5 percent in 2017) but then lead to a deep crisis of state finances. There is a small opportunity to fill the huge gap this policy will open (50-70 billion Zloty a year), by improving the collection of VAT and other taxes according to the party’s plans. If Poland runs high budget deficits, the credibility of the country on financial markets will suffer, increasing the costs of state financing. Under such circumstances the European Commission may even step in to curb expenses and threaten to cut structural funds.

After this election, increased tension with Brussels and EU partners seems inevitable, because the ruling party will also be bound to compromise its domestic policy agenda because of European policy-making. To keep their head above water and maintain public support, the Law and Justice Party will have to make sure that not too many (if any refugees) find shelter in Poland. The threats of Islamisation, diseases refugees may bring into the country, and a looming Berlin diktat, were the main ingredients of the party’s anti-refugee propaganda which shaped the public discourse in the country. And the party’s promise to use coal as the main energy source for decades to come, and to use public money to finance the economically unviable coal mines clearly contradicts the EU’s mainstream climate and energy policy (which Law and Justice would like to opt-out from), putting Warsaw on a collision course with Brussels.

Law and Justice’s concept of democracy has always stressed the rights of the majority to impose its will and the need for the government to be able to undertake decisive actions. This is why the full power the party yields is both its huge success and represents an immense burden of responsibility.  In the next four years Law and Justice will take the country on a journey, the direction of which is paradoxically uncertain in light of its landslide victory. We must hope that the conciliatory language the party leaders used on election night means that, even if the change in government is not for the better, it won’t be too much worse.

This article first appeared on ecfr.eu 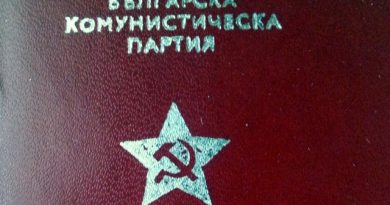