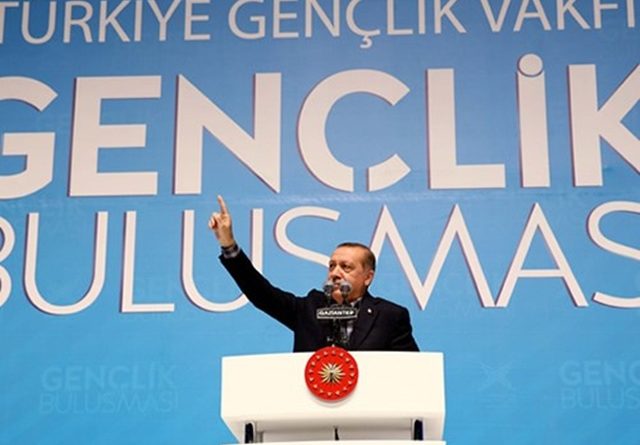 With days to go to Turkey’s November 1 parliamentary elections, officials couldn’t even agree on the time of day.

Turkey had been due to add an hour on Saturday night at the end of summertime daylight saving, but at the last minute the Turkish government postponed the seasonal time change until after the polls in this highly polarized nation, prompting thousands of Turks to blame the resulting confusion on Turkey’s president, Recep Tayyip Erdoğan, saying he even thinks he can hold back time.

Nothing much happens in Turkey without Erdoğan being seen to have been behind it.

His supporters see him as a caliph, who stands against the forces of disorder and anarchy, the leader able to usher in a neo-Ottoman era for Turkey, if only his Justice and Development Party, or AKP, secures a majority on November 1. Pro-AKP newspaper columnist Abdurrahman Dilipak this week said the Turkish President could become “caliph” of all Sunni Muslims in the world, if only Erdoğan could manage to fulfill his often-stated aim of shifting Turkey to a presidential system of governance.

The strong leader image has been carefully cultivated by Erdoğan. On the campaign trail he warns of Turkey’s many enemies, Kurds, the West, leftists, rights activists, and journalists, weaving them all into a conspiratorial web. During a weekend speech at Hasan Kalyoncu University in the southeastern province of Gaziantep, he accused world powers of wanting to divide Turkey. “They have not been able to succeed and they will not succeed,” he said.

His enemies also see him as the man who would be caliph, one who rides roughshod over secularism and modernity and would further erode the order established by Mustafa Kemal Atatürk, the secular founder of the Republic of Turkey.

Erdoğan’s name won’t appear on any of the ballot papers Turks will be presented with on November 1, but the second parliamentary elections this year have all been about Turkey’s controversial leader. “The president is illegally and unethically getting involved in the election process and is disturbing the operation of the government,” said politics professor Ersin Kalaycığlu.

Opposition politicians claim Erdoğan’s ego has dragged the country into another election amid a deep security crisis, one they say he created. They say he purposely sabotaged the formation of a coalition government in June, following voters delivering the country’s first hung parliament since 2002, making a snap election necessary.

Opposition parties have cast the poll as a crucial test of the country’s democracy.

As far as Erdoğan’s critics see it, the November election will be about how much power the president should be able to wield in the future.

That also was the main issue in the June election, one that undermined Erdoğan’s stated ambition to alter the constitution and turn Turkey’s ceremonial presidency into the real seat of authority. The failure of his ruling Justice and Development Party to gain a majority of seats upset the Turkish leader’s aim to recast the country’s political system.

Erdoğan on the campaign trail

Far from trying to shift the focus of the election, Erdoğan has been front and center of the Islamist-based AKP’s election campaign. With rising political violence and the resumed insurgency by Kurdish separatists following Turkish airstrikes on their bases, the political stakes are even higher this time than in June.

Since 1954, Turkish governments calling for early elections have lost in the polls. According to analysts, Erdoğan is banking on the instability and political violence to encourage voters to turn back to the AKP and embrace a forthright leader. 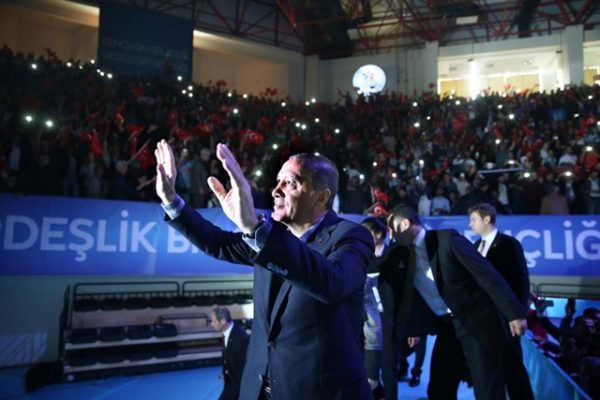 Opposition parties are banking on an electoral backlash. Their campaign messages have focused on arguing the president has been stoking political violence to scare the voters into supporting him.

Selahattin Demirtaş, the HDP leader, accuses President Erdoğan of deliberately using divisive language, ratcheting up the language of confrontation and of trying to frighten Turks.

“People have been separated according to parties, hometowns, sects, identities and religious communities. The government has done this… In the past, we were accused of being separatist. Now, the HDP is trying to unite people. We are an antidote to the poison. Poison has been given to the people of Turkey and if we cannot act as an antidote against it, even civil war could break out,” Demirtaş warned in a newspaper interview published Monday.

Demirtaş also criticized the AKP government for trying to divert attention from what he claims was security negligence in Ankara that allowed bombers to strike a peace rally in the capital earlier this month, killing 102 people.

The two suicide bombers have been linked to the Islamic State terror group, but Erdoğan has held many terrorist organizations, including the Islamic State and Kurdish separatists of being together responsible for the attack, part of the conspiratorial web the AKP is trying to weave, the HDP leader said. “The prime minister and the president point to groups that would never come together and say, ‘They got united and made an attack against Turkey,’” he said. 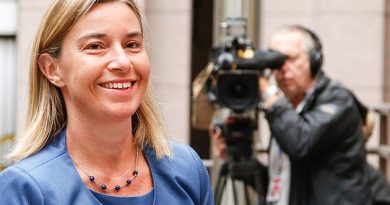 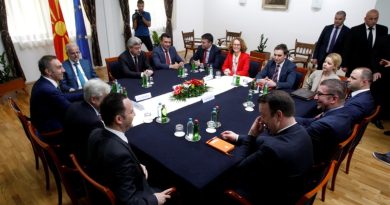 Skopje: Parties reach a deal on the referendum issue