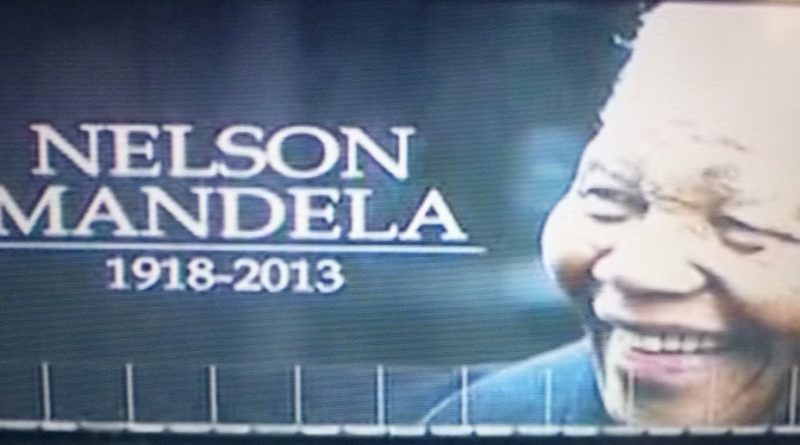 Amid pouring rain, with song, dance and prayers, South Africans and world leaders gathered at a memorial service in the country’s largest city, Johannesburg, to celebrate the life of Nelson Mandela.

“Long live Nelson Mandela,” said Cyril Ramaphosa, joint master of ceremonies, at the formal start of proceedings, to an enthusiastic response from the thousands in the football stadium used as the venue for the service.

While the torrential summer rain kept the stadium from being filled to its 95 000 capacity, there were bright scenes of South Africans toyi-toyiing, blowing vuvuzelas, joining in freedom struggle songs and hymns, while here and there amid the throng there were those wearing Springbok rugby jerseys, a reminder of how Mandela had bestowed on sport a role in national reconciliation during his presidency of the country.

Ramaphosa led the stadium giving a “warm South African welcome” to the visitors from around the world, which included at least 91 serving heads of state and government and more than 10 former heads of government. Celeb-spotters also had a field day.

“I apologise for the rain,” said Ramaphosa, adding that, however, it was how Mandela would have liked his sendoff – a reference to rain-as-blessing in African culture. The rain, Ramaphosa said, meant that the gods are welcoming you, and “the gates of heaven are probably open as well”.

Mandela, Ramaphosa said, had taken on the pain of millions of South Africans and the injury to their dignity and made these his own as he fought for liberation.

Leaders of various religious denominations took part in the opening of the memorial service.

The first to offer prayers, Chief Rabbi Warren Goldstein, likened Mandela to the Biblical figure of Joseph, unfairly imprisoned but forgiving his brothers on his release.

Rabbi Goldstein quoted from the book of Genesis, chapter 50, from verse 19:

And Joseph said unto them: ‘Fear not; for am I in the place of God?And as for you, ye meant evil against me; but God meant it for good, to bring to pass, as it is this day, to save much people alive. Now therefore fear ye not; I will sustain you, and your little ones.’ And he comforted them, and spoke kindly unto them.

The crowd of tens of thousands spoke kindly – in the form of cheers – to former president Thabo Mbeki, US president Barack Obama, Mandela’s widow Graca Machel and former spouse Winnie Madikizela-Mandela, and even Mandela’s deputy president in the government of national unity, predecessor as president and fellow Nobel laureate FW de Klerk; but a matter for some comment was the hostility shown to current South African president Jacob Zuma, who was booed repeatedly – perhaps an ominous sign for the man who defeated Mbeki, and who will lead the ruling ANC into South Africa’s 2014 national parliamentary elections.

In a powerful address that was punctuated with cheers from the crowd and that culminated in a standing ovation from the VIPs, Obama – introduced by co-master of ceremonies Baleka Mbete as “our son of the African soil” – thanked the people of South Africa “for sharing Nelson Mandela with us”.

Obama praised Mandela’s spirit, determination and intellect, paying tribute to his impact on the world as he led his nation towards justice.

Calling Mandela the last great liberator of the 20th century, Obama likened Mandela to Gandhi, Martin Luther King and Obama’s idol Abraham Lincoln.  But while it tempting to remember Mandela as an icon, smiling and serene, “Mandela himself strongly resisted such a lifeless portrait”.

Instead, Mandela insisted on sharing with us his doubts and fears, his miscalculations as well as his victories, Obama said. “He was not a bust of marble but was made of flesh and blood.”

“We can learn from him still,” Obama said, because nothing Mandela achieved was inevitable, but had taken persistence and faith. The US president praised Mandela’s example of ubuntu, the oneness of humanity, the sharing of ourselves with others that makes our humanity.

“He changed laws, but he also changed hearts,” Obama said.

Obama made a rousing call to carry on the work of Mandela against racial discrimination, poverty, hunger and disease and for education, for tolerance. Too many of us were on the sidelines, comfortable and complacent, he said.

“We will never see the like of Nelson Mandela again,” Obama said, referring to his youth and the example that Mandela had been for him and that inspired him towards public life.

“While I will always fall short of Madiba’s example, he makes me want to be a better man.”

The third hour after the actual start of formal proceedings, and after a succession of addresses by other visiting heads of state, people began leaving the stadium in large numbers, not waiting for the address by South African president Zuma – who nonetheless was again greeted by booing when he took to the speaker’s podium.

Mandela’s death marked an unprecedented outpouring of grief across the world, yet this grief was tinged with admiration and celebration, Zuma said. “Everyone has had a Mandela moment when this world icon touched our lives,” he said.

Mandela was called the father of the nation not for the sake political correctness but because he had laid the foundation for “the South Africa of our dreams,” Zuma said.

Zuma noted that the memorial service was being held on International Human Rights Day, and on the 20th anniversary of the Nobel Peace Prize being conferred on Mandela.

Zuma announced that from today, the amphitheatre of the Union Building – seat of the executive branch of government in Pretoria – where Mandela’s body will lie in state ahead of his December 15 funeral in Qunu, was renamed in honour of Mandela.

Elsewhere in the country, in spite of the day not being declared a public holiday, millions of South Africans followed the memorial service, in some places at official events.

In South Africa’s parliamentary capital city, Cape Town, people thronged on the Grand Parade in front of the City Hall, the place where Mandela first addressed the nation soon after his release from prison.

The day before the memorial service at Johannesburg’s FNB stadium, representatives of all 13 political parties represented in South Africa’s bicameral parliament in Cape Town paid tribute to Mandela at a joint sitting of the National Assembly and the National Council of Provinces.

The Assembly chamber was full, with MPs called back from summer recess for the special sitting, and with members of the Mandela family among those in the public gallery.

The solemn proceedings were opened by deputy president Kgalema Motlanthe, who said that Mandela’s dream for the future of South Africa had not ended with the 1994 advent of democracy, and “nor has it ended with his passing”.

Helen Zille, prime minister of the Western Cape and leader of the country’s largest opposition party, the Democratic Alliance, spoke of the need to ensure that freedom was usable and not merely nominal, and said that the best tribute to Mandela would be “to ensure that our political debate focuses on issues of how best we can ensure that each South African child, whatever their circumstances of their birth, inherits freedom they can use”.

“What must remain and grow within us is a sense of the enormous responsibility we have inherited to continue his work. He has handed the baton to us. We dare not drop it,” Zille said.

With delicate subtlety, on a day largely free of partisan statements, Zille hinted that the ruling party should uphold the traditions of Mandela’s ANC.

Mangosuthu Buthelezi, leader of the Inkatha Freedom Party and who decades ago was a member of the African National Congress, who served as home affairs minister in the Mandela cabinet and briefly as acting president when Mandela was out of the country, praised Mandela’s honesty and frankness about his own conduct, including his mistakes.

Among the most emotional moments in the proceedings was the speech by Jeff Radebe, also a member of Mandela’s first cabinet, who at times struggled to contain his tears. Radebe recalled how Mandela had inspired his ministers to take on their momentous task of building the country, with Mandela telling his colleagues not to be discouraged by their lack of experience, “after all, he had never been president before”. In his speech, Radebe largely addressed himself to Mandela: “your long walk to freedom has not ended”, meaning that the onus remained on South Africa’s leaders to bring economic emancipation to all.

The sole uproarious moment came when Dennis Bloem, a member of the opposition Congress of the People since leaving the ANC for which he earlier sat as an MP, violated Parliament’s rules of procedure by leading colleagues in singing the old liberation struggle song, addressed to Mandela, “freedom is in your hands, show us with the way to freedom”. 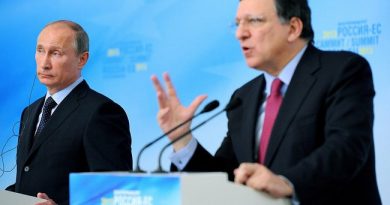 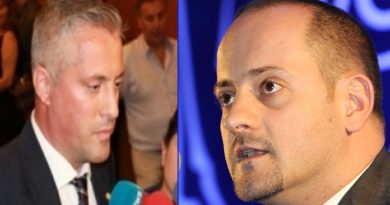