Iliana Tsanova, who served as deputy prime minister in charge of EU funds in two Bulgarian caretaker governments in 2013 and 2014, has been confirmed as deputy managing director of the European Fund for Strategic Investments (EFSI) in a vote by the European Parliament on October 14.

During her confirmation hearing, Tsanova addressed concerns that she did not have any previous track record with the European Investment Bank (EIB) saying that she did have the required experience at the European Bank for Reconstruction and Development (EBRD), BNR said.

A former auditor with Deloitte Bulgaria in 2001/03, Tsanova then joined EBRD, where she has been senior banker in the municipal infrastructure and environment department from 2006 until she agreed to serve as deputy PM in charge of EU funds in the Marin Raykov caretaker cabinet in 2013. She then reprised that position in the Georgi Bliznashki caretaker government last year.

The EFSI is the new EU mechanism set up to implement the investment plan proposed by European Commission president Jean-Claude Juncker after taking office last year, which envisions investment of at least 315 billion euro over the next three years. A joint initiative of the European Commission and the EIB, it aims to “overcome the current investment gap in the EU by mobilising private financing for strategic investments.” 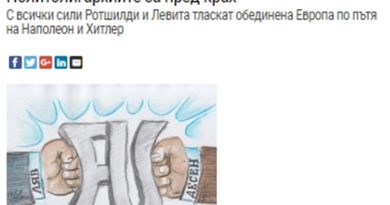