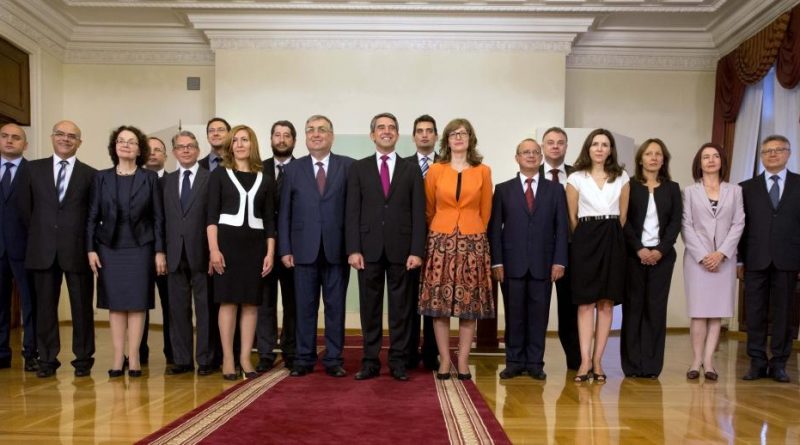 Professor of constitutional law at Sofia University, where he has taught since 1990, and spearheaded signature collection campaign earlier this year in support of President Rossen Plevneliev’s proposal for a referendum on electoral rules. Elected to Parliament on the ticket of the Bulgarian Socialist Party in 1991 and again in 2005, serving as one of Bulgaria’s observers in the European Parliament and then as MEP in January-June 2007. Expelled from BSP in March 2014 for public dissent against party leadership.

President Plevneliev’s chief of staff since May 2013, Zaharieva also served as deputy prime minister in the Marin Raykov caretaker cabinet last year. She was previously the presidency’s secretary-general and served as deputy minister to Plevneliev when he was minister of regional development prior to being elected president.

An academic with extensive experience in the state administration, Hristoskov served as labour minister in the Reneta Indjova caretaker government in 1994/95. He was a member of the working group on pension reform in 1997/2001 and was appointed head of the National Social Security Institute in 2000, a position he held until 2007.

A lawyer since 2002, Ivanov served as project coordinator of the Rule of Law Initiative of the American Bar Association before that. Since 2006, Ivanov has served as programme director of the Bulgarian Institute for Legal Initiatives, the non-partisan NGO advocating reform in Bulgarian judiciary and adoption of international good practices in the field.

A former auditor with Deloitte Bulgaria in 2001/03, Tsanova then joined the European Bank for Reconstruction and Development, where she has been senior banker in the municipal infrastructure and environment department since 2006. She held the same portfolio, deputy PM in charge of EU funds, in the Raykov caretaker cabinet last year.

Porozhanov joined the finance ministry in 1992, rising through the ranks to become department head in 2001. In 2009, he became chief of staff to then-finance minister Simeon Dyankov before his appointment as director of State Fund Agriculture in 2011, a position he held until September 2013. Earlier this year, he became chairperson of the board at the Centre for Strategic Analyses, Financing and EU Funds think-tank.

Shtonov holds an MBA from the Massachusetts Institute of Technology and has an extensive background in investment banking and consulting, serving as the head of McKinsey & Company’s Bulgarian office in 2004/09. He joined cable operator Blizoo as head of marketing and strategy in 2010.

Member of Parliament elected on the ticket of the centre-right Union of Democratic Forces, between 1997 and 2013, Bakalov was parliamentary floor leader  of the party between 2005 and 2009. He has served on various House committees, including the internal security and public order committee throughout all four of his MP terms.

Political scientist and former deputy leader of centre-right Democrats for a Strong Bulgaria party, later a founder of the Bulgaria for Citizens party. Mitov has worked with the Washington, DC, based nonpartisan National Democratic Institute since 2010 and joined the NGO’s Brussels office as resident representative in 2013.

A law graduate, Angelkova worked in the regional development ministry during Plevneliev’s term as minister, as head of the task force on communication and control. She later served as deputy minister in charge of strategic planning and EU ties.

Nenkov received his medical degree in 1995 and has worked for several hospitals in Sofia before becoming a department head, as well as donors coordinator, at the Military Medical Academy in 2009. He served as deputy health minister in the Raykov caretaker cabinet last year.

Professor of political science at Sofia University and head of the university’s EU integration masters programme, Kolarova is one of Bulgaria’s better known political analysts. She has also held the position of President Plevneliev’s secretary for relations with the civil society since December 2013.

Professor of history at Sofia University and head of the state archives agency in 2011/13, whose sacking in September last year sparked a protest by historians and researchers. Appointed President Plevneliev’s secretary for culture and education in October 2013.

Former short-track skating world champion and Olympic medallist, who won silver for Bulgaria in the Winter Games in 2002 and 2006, as well as a bronze in 2002. She is also the first Bulgarian athlete to represent the country in winter and summer Olympics, participating as a cyclist in the 2004 Athens Games.

(All photos from president.bg, with the exception of Iliyana Tsaneva photo from European Commission audiovisual service,)