Interpol is to deploy an Incident Response Team (IRT) to Bulgaria to assist national authorities in their investigation into the suicide terrorist bombing attack on an Israeli tour bus which killed five Israelis, the Bulgarian driver, the presumed terrorist and injured more than 30 others.

Condemning the ‘cowardly’ attack, Interpol Secretary General Ronald K. Noble said that with reports of the bomber carrying false identity documents, it would be essential to determine whether any of these had been entered into Interpol’’s Stolen and Lost Travel Documents (SLTD) database and if the suspect had used them at any stage in his journey to Bulgaria.

Interpol’’s SLTD contains more than 33 million entries, including about 2.5 million authentic US passports that have been reported stolen or lost to Interpol.

“Bulgaria has the tools to screen Interpol’s databases and has had success via Interpol in identifying persons attempting to enter the country carrying passports which have been reported lost or stolen to Interpol,” said Interpol Secretary General Noble.

“Interpol’s Stolen and Lost Travel Documents database provides countries with a significant line of defence against someone trying to cross their border using a fraudulent document, and anyone attempting to do so should immediately give reason for suspicion and further investigation before being allowed to enter a country,” added Mr Noble pointing to Ramzi Yousef, convicted of masterminding the 1993 World Trade Center bombing and Milorad Ulemek, convicted of the assassination of Serbia’s former prime minister who committed their crimes after travelling on stolen passports.

“Following the September 11, 2001 terrorist attacks, countries recognized how important it is for them to alert one another about potential security and terrorist risks, and right now countries are asking how best to prevent what happened in Bulgaria from happening on their own soil. Checking all visitors against Interpol’s SLTD database is the obvious first step,”  Noble said.

In 2010, Bulgaria had an estimated six million visitors, between January and July 2012 about 23 500 checks were run against Interpol’s SLTD database resulting in 122 hits, of which four were against US passports.

“Unfortunately, far too many countries fail to systematically consult Interpol’s database on stolen and lost passports resulting in more than 700 million international air arrivals being able to cross borders without having their passports screened via INTERPOL. I hope that this suspected suicide terrorist was not one of them. This failure remains the most easily corrected, yet the most deadly security gap facing INTERPOL’s 190 member countries, and our thoughts and prayers go to the families and friends of the victims of this latest tragedy,” Noble said.

In addition to deploying an IRT from its General Secretariat headquarters in Lyon, consisting of specialized officers from its Public Safety and Terrorism unit, all requests for fingerprint and DNA analysis as well as other assistance from Bulgarian, Israeli and US authorities are being treated with the highest priority by Interpol’s 24-hour Command and Coordination Centre.

If required, Interpol can issue one of its colour-coded international notices to alert law enforcement around the world about the modus operandi behind the attack, to obtain additional information about individuals in relation to the investigation or to seek the arrest of persons wanted in connection with the attack. 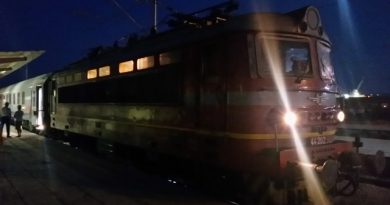