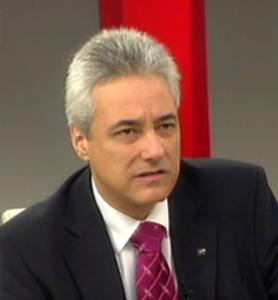 Marin Raykov was born on December 17 1960 in Washington DC in the United States. In 1984 he graduated in International Relations from the University of National and World Economy in Sofia.

He started at the Foreign Ministry in 1987, serving in posts in Sofia, Belgrade and Strasbourg.

Raykov entered politics in 1998 as Deputy Minister of Foreign Affairs in the Cabinet of Ivan Kostov. His main responsibility was Bulgaria’s policy on the Balkans.

Raykov is a former lecturer in Diplomatic Practice at the New Bulgarian University, a member of the Union of Bulgarian Journalists and the Bulgarian International Law Association.

He is fluent in French, English and Russian. 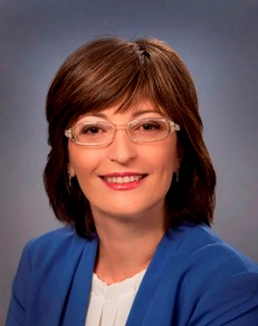 Zaharieva (37) was previously secretary-general of the Presidency, appointed by Rossen Plevneliev after taking office in January 2012.

Before that, she was Deputy Minister of Regional Development when Plevneliev held that Cabinet portfolio, appointed in July 2009.

She joined Plevneliev’s political cabinet at the ministry from the Environment Ministry, where she was appointed a legal adviser in 2003 and then director of legal and regulatory services in 2007.

Zaharieva has a degree in law from the Paisii Hilendarski University in Plovdiv.

Tsanova (37) joins the government from the European Bank for Reconstruction and Develoment, where she has been senior banker in the municipal infrastructure and environment department since 2006. Before that, she worked on structuring and managing investment projects in various areas, including the water sector, railway and public transport, as well public-private partnerships. Prior to joining EBRD, she was an auditor at Deloitte Bulgaria in 2001/03. Tsanova has a master’s degree in finance from the University for National and World Economy in Sofia. 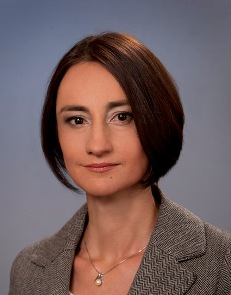 Kostadinova graduated from the Law Faculty of Sofia University St. Kliment Ohridski in 1994. After graduation she worked as a lawyer, and is a member of the Sofia Bar Association.

In 2001, with the creation of the State Agency for Child Protection, she was included in its team as General Counsel and Head of Legal and Public Relations. In 2004, she became Director of the newly created Directorate “Monitoring Rights of the Child” at the agency that verifies compliance with the rights of children at all schools, kindergartens, nurseries, service units, Social Assistance, NGOs, specialized institutions for children and others.

From 2009 to 2011, she was a member of the Office of the Prime Minister as an adviser on social policy.

From June 2011 until she joined the President’s team, she was Deputy Minister of Labour and Social Policy, responsible for labour market policy, European programmes and projects and international activities, as well as Head of the Managing Authority of the Operational Programme “Development of Human Resources”. 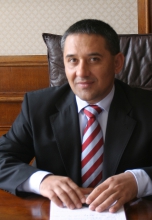 Hristov (42) has been a member of the Bulgarian National Bank governing council and deputy governor in charge of the issue department since 2009.

He has been a member of the monetary policy committee of the European Central Bank since 2005 and serves on the board of the Institute for Market Economics think-tank in Sofia.

He will take an unpaid leave of absence from the Bulgarian National Bank for the duration of his duties as Finance Minister, the central bank said in a statement.

Hristov has a master’s degree in macroeconomics from the University for National and World Economy in Sofia. 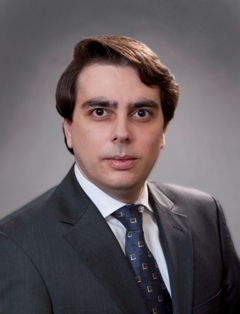 The founder and president of Everbread, which develops software that allows airlines and travel agencies to offer cheaper fares on a greater number of flights. He is also a co-founder and former chief executive of travel information search engine Lessno.com.

Vassilev has a bachelor’s degree in economics from Harvard College, as well as a JD/MBA joint degree in law and business administration from Harvard Law School and Harvard Business School.

He is the director of the Center for Economic Strategy and Competitiveness, affiliated with Kliment Ohridski University in Sofia.

Purvanova (52) graduated in German at Sofia University in 1991 and with a master’s degree in law from New Bulgarian University in 1998. From 1978 to 1981, she had stints as an administrator at Balkantourist, was an associate at the State Shorthand Institute, from 1982 to 1991 was an interpreter at the East German embassy in Sofia and in the years to 1998, was an assistant and translator at various companies. From 1999 to 2001 she headed the international relations and protocol sector at the Prosecutor-General’s office. In 2001, Purvanova became deputy director, and later the same year, director of international co-operation at the Interior Ministry. Her duties expanded after Bulgaria joined the European Union, to include co-ordination of implementation of obligations arising from EU membership. She speaks English and German and has a working knowledge of Russian. 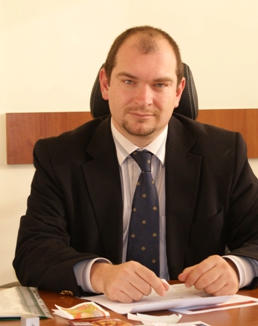 Yordanov (45) is the director of Bulgaria’s National Institute of Justice, the state-funded institution that provides professional training for Bulgarian magistrates.

Before his appointment as director in 2011, he served as the institute’s deputy director and programme director. Prior to that, he was executive director of the Magistrate Training Centre in 1999/2004, which served as the basis for the creation of the National Institute of Justice in 2004.

In 2009 and 2010, he took a leave of absence from the institute to serve as a criminal judge in the EULEX mission in Kosovo.

Yordanov has a degree in law from the Kliment Ohridski University in Sofia.

Stankov (64) is the president of the Trakia University in Stara Zagora. Stankov joined the university as a lecturer in 1979 and became a full professor in 2000. He has served as deputy dean and dean of the agriculture department before being elected the university’s president in 2007. He was previously a member of the consultative council to the Agriculture Ministry and a member of the control council of the National Milk Board. 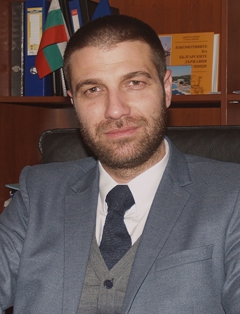 Krustev (36) was last managing director of Flying Cargo Bulgaria, the local franchisee of express delivery company FedEx, as well as serving as chairperson of the Port of Varna managing board.

Prior to that, between 2005 and 2010, he was executive director of WizzAir’s subsidiary in Bulgaria.

Krustev was head of the Transport Ministry’s corporate restructuring and capital markets department in 2004 and 2005, when he also served as chairperson of the managing board of Bourgas Airport.

He has a master’s degree in international economic relations from the University for National and World Economy in Sofia. 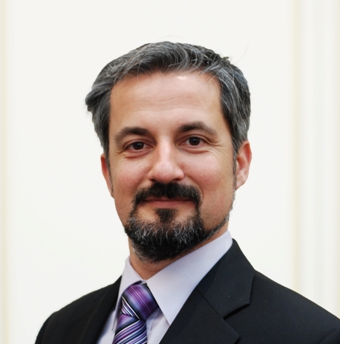 Vassilev (45) was up to now the director of Johnson Controls Automotive Experience research and development centre in Sofia.

Before that, between 2004 and 2008, he was country manager for Bulgaria at Euronet Worldwide, the electronic financial and payment transactions company.

Vassilev is also a board member of the American Chamber of Commerce (AmCham) Bulgaria.

He has a bachelor’s degree in machine design and process automation from the Tsinghua University in China and a master of business administration degree in international entrepreneurship and finance from the Thunderbird School of Global Management in Arizona, US.

Todor Tagarev, a graduate of military schools in Bulgaria, Russia and the US, is a senior researcher in cybernetics, a former head of defence planning at the Defence Ministry and later head of armaments policy.

Colonel Professor Nikolai Petrov (53) graduated in medicine at the Medical University of Varna in 1985. From 1989 to 1991 he worked at the Military Hospital in Bourgas, became head of intensive care at the hospital from 1991 to 1992, and from 1992 to 2004 held various posts at the Military Medical Academy in Sofia. He completed a Nato course on intensive care for medical care on international military missions in 2002. In 2004, he became head of intensive care at the Military Medical Academy and he is a member of various international specialist medical associations. He has authored, and co-authored, a number of books and about 170 articles in the field of scientific and medical literature. He speaks English, French and Russian.

Popov (52) is a graduate in Bulgarian from Sofia University. Since 2006, he has been chairman of the board of the Dimitar Panitza School of Politics. He is president of the board of the Elizabeth Kostova Foundation and of the boards of the New Bulgarian University and the American University in Bulgaria. He is a member of the consultative council of the initiative to invest in clean energy programme at Cambridge for sustainable leadership and strategic advice of the Tunisian school of politics. From 1997, he was honorary secretary of the British charity organisations Friends of Bulgaria which supports homes for abandoned children. From 1994, he was a consultant on institutional development, environmental policy, climate change and education. Among his clients were the European Commission, World Bank, European Bank for Reconstruction and Development, the Council of Europe. Since 2008, he has been the chief adviser to the European Climate Foundation of Central and Eastern Europe. He is the author of two books and many articles on sustainability, energy policies of the European Union and human rights, published in leading Bulgarian and international publications. Fluent in English and Russian. 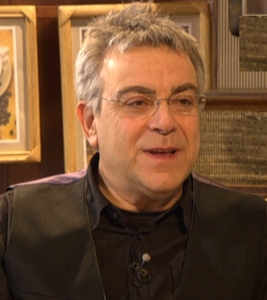 Penev (53) has a master’s degree in acting from the National Film and Theatre Academy. He has acted at various theatres in Sofia and in Varna, and has played more than 100 roles in theatre, film and television. Currently, Penev arguably is best-known for his role in Pod Prikritie and will appear in the forthcoming production Nedadenite, about the prevention of the deportation to Holocaust death camps of Bulgaria’s Jews during World War 2. Penev has won a number of Bulgarian acting awards and has performed at theatre festivals in Europe, Asia and the United States. He lectures at the National Film and Theatre Academy and the New Bulgarian University. 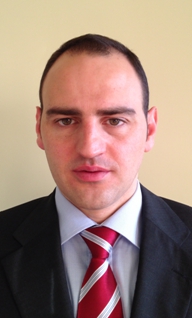 Stoychev (36) is one of Bulgaria’s most celebrated athletes and one of the most successful long-distance open water swimmers of the past decade.

Stoychev won all FINA marathon open air swimming series between 2001 and 2011, to which he added a world title in the 25km open water world race at the World Aquatics Championships in Shanghai in 2011.

He was also the first swimmer to cross the English Channel in less than seven hours in 2007.