If you are not particularly gifted at mathematics but hope that evolution may help out your distant descendants, Richard Dawkins is not the one to bolster your faith in the future.

During his visit to Bulgaria to speak at the 2015 Sofia Science Festival, the eminent evolutionary biologist and author was asked by The Sofia Globe to expand on his remarks in his presentation that evolution would be unlikely to assist coping with mathematics and similar cognitive tasks.

Over the past two to three million years, the human brain had indeed got bigger, he said, but added that it was not expected that this trend would continue.

Humankind’s ability to do mathematics would not improve for genetic reasons, “but it may improve for cultural reasons,” for instance through advances in the educational system.

In order for genetics to improve our faculty for mathematics, there would have to be a major proportion of the mathematically-gifted to have the most children. “This is clearly not the case,” he quipped.

Dawkins, who from 1995 to 2008 was Charles Simonyi Professor of the Public Understanding of Science at Oxford University, explained his approach to emphasising the “poetry” rather than the practical usefulness of science.

But while usefulness was important, it “is not the only thing that science is”.

No one ever asked about the usefulness of poetry and literature but they did so about science, when the question rather should be, “what is the poetry of your science?”

“My answer would be, take someone’s hand, lead them to a microscope, ask them what they see. It may be the contents of a single cell, then tell them how many millions of cells there are in the body.

“Or take them out to the country, far from light pollution, on a moonless night and show them the Milky Way and tell them that it is one of hundreds of millions of galaxies…or explain that the atoms in your body came from an exploding star, and those in your left hand and those in your right hand may be from different stars.

“Explain this with the wonder that science fiction does, but this is science fact.”

Famously, Dawkins’s writings include not only the Selfish Gene and the Ancestor’s Tale but also The God Delusion, and so the campaigning atheist – he has a foundation in his name to promote secularism – was asked several questions on this theme by Bulgarian reporters (several of whom seemed to share similar views, referring contemptuously to “cults and sects” and prefacing at least one question by assuring him that the questioner too rejected the existence of God).

When one reporter asked him why he was so “aggressive” towards faith, he said that he was not: “People can practice faith as much as they like,” adding, however, that if people did not want to listen to his views, “stop up your ears”.

But, he emphasised, “the great thing is not to indoctrinate children”.

“I write books, and you don’t have to read them if you don’t want to. If a child is put in a school where it is indoctrinated, that is a form of child abuse,” Dawkins said.

Children, Dawkins said, were “brainwashed” into the religion of their parents. “It is a nasty word to use, but that is pretty much what happens.”

However, “fascinatingly, quite a lot of us manage to shake ourselves free of this childhood indoctrination,” said Dawkins, who was born into the Anglican tradition but became an atheist in his teenage years when he came to the conclusion that Darwinism offered an explanation for the order of things that was superior to belief in the Divine.

It was “very, very hard to shake these beliefs in people,” Dawkins said, beliefs that were so entrenched that they even led people to kill and do violence in the cause of their childhood beliefs.

“We are all of us compliant in this because we accept a child being labelled by the religion of his parents – a Catholic child, an Orthodox child, a Muslim child,” while no one spoke of an “existentialist child” or a “logical positivist child”.

Asked then about finding meaningfulness in our world in the absence of a God (a question put by the same reporter who said that he did not believe in God), Dawkins replied, “I hope nobody gets meaning from a non-existent God”.

“The universe does not owe us meaning,” he said. But, he added, “you can make your own meaning,” which could be through an ideal, such as a political ideal, through music, poetry, nature, science: “there are all sorts of things in which can find a meaningful life,” rather than “in your non-existent imaginary friend”.

Predictably too, given that he is credited with inventing, in 1976 in The Selfish Gene, the concept of “meme”, he was asked about internet memes and whether he had a favourite.

Memes, he said, were units of cultural inheritance, similar to genes. Like natural selection in nature, memes ideally should be copied faithfully.

But, in reference to “internet meme,” the word had come to mean just a partial example of the whole.

“It seems to me somewhat strange, it’s a very small subset of what a meme really is.” 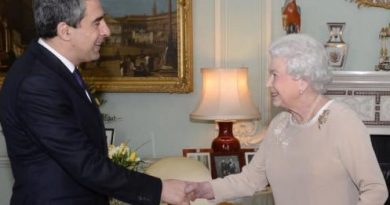