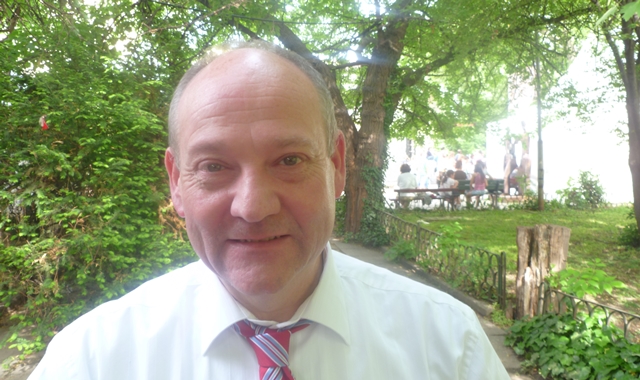 The 13-year-old girl was alone among the group of teenagers that Russell Foster was asking about their sleeping habits in telling him that she was getting a good night’s rest.

Just how? “Well, I take Mummy’s sleeping tablets,” the girl said, confessing that the after-effects did leave her somewhat groggy in the mornings, “so on the next day, I drink a couple of Red Bulls, and I’m fine”.

It’s a disturbing story, more so given that it is part of a much wider picture of a modern world in which sleep deprivation is endemic, with dire consequences of health.

His research spans the neurosciences, but has focused upon how 24-hour Circadian rhythms and sleep are generated and regulated by light.

It was Foster who discovered that the eye has a third class of photoreceptor for the regulation of biological time, quite separate from the rods and cones that give us our sense of vision. This has transformed our understanding of how the eye detects light and redefined the clinical diagnosis of blindness.

He is active in taking fundamental discoveries from the laboratory into clinical practice, and most recently has developed new approaches to understand and treat the pervasive problem of sleep and Circadian rhythm disruption in psychiatric illness.

His talks, as available on YouTube, on the perilous consequences of the sleep deprivation we have imposed on ourselves and our responsibility to do something about it, have attracted millions of viewers. Foster sat down to speak to The Sofia Globe before his May 16 presentation at the festival, in an interview that started just after 4pm when he was due on stage at 8pm – and he ordered a black coffee.

As someone who speaks with authority on, among other things, the egregious cycle of sedatives and stimulants and their role in what we get wrong about sleep – the caffeine in coffee has a half-life of about five to nine hours – he says that the coffee is a conscious (and exceptional) part of a strategy, mindful of the timing of his lecture. The others include having good a proper night’s rest the previous night, and the fact that he will take no alcohol at this time.

Sleep deprivation could hardly be a more serious issue. Popular perceptions may associate the term with its use as torture or, less radically, overworked executives, but – as Foster points out – if you can wake only with an alarm clock or need someone to harry you out of bed and you rely on stimulants such as coffee and cigarettes to get going for the day, you probably are sleep-deprived.

Even once people have got out of bed, we generally still get it wrong, failing to have sufficiently bright light, at a level in line with natural lights, in our homes and offices to enable the photoreceptors in our eyes to do their work in ensuring our body clocks are set correctly.

The consequences of sleep deprivation are manifold, including cardiovascular disease, obesity and mental illness. Not getting enough sleep makes you more susceptible to ill-advised impulsive behaviour, diminishes memory function and the effectiveness of the immune system.

Later, during his presentation, he illustrates some of the fatal consequences of sleep deprivation, from research linking it to deadly motor accidents in the US, through to the Exxon Valdez and Chernobyl disasters, the latter two both cases where sleep deprivation was a major contributing factor.

“We are an extremely arrogant species,” Foster tells The Sofia Globe, saying that humankind believes that it can conquer millions of years of evolution because we have the lightbulb, which dates back a century or so. There is a failure to understand the importance of sleep, he says.

He adds what research has shown to be the deleterious effects on night-shift workers, a practice that runs against the natural cycles in which, during sleep, the brain carries out a number of vital processes. In the case of night shift workers, matters are aggravated by generally inadequate lighting and inappropriate eating habits.

Asked about the global economic impact of sleep deprivation, he says that it is difficult to put a number on it, but points to, for instance, the cost impact of health care for the ensuing illnesses – affecting the elderly, adults and the young – while adding later on that his presentations have had the most receptive audiences when given to businesses.

Foster is scathing about the chest-beating of business people who boast of having “pulled an all-nighter” to get something done.

In business, the consequences of sleep-deprivation, such as heightened impulsiveness, diminished cognitive abilities and reduced memory capacity, are hardly traits you want in someone making decisions in, say, the global financial system. Business is about productivity, again hardly something that can be expected from someone inadequately rested. 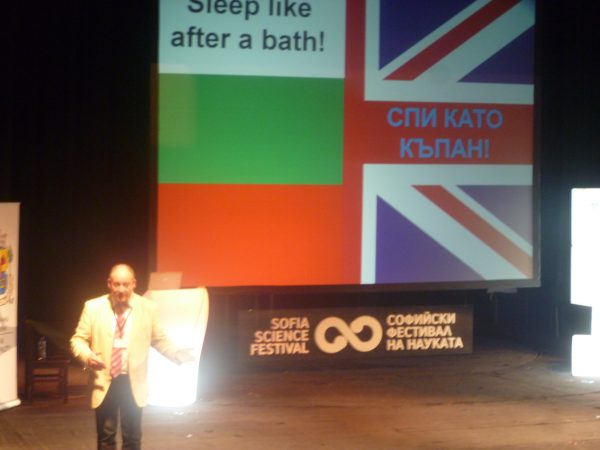 He is also critical of the fact that parents do not understand the value of sleep for their children and teenagers. Efforts are made about issues such as sexual health and hygiene, he says, but there is nothing about sleep. In teenagers, the problem is compounded by the hormonal changes they are undergoing affecting their sleep cycles.

Asked how the issue of sleep-deprived teenagers and children can be addressed (unlikely to be a simple matter, if you check in with any parent trying to enforce a bedtime for a teenager), he says that at Oxford, work is being done to develop educational programmes that would get the message across.

And asked how well he keeps to his own prescriptions, Foster says, “I am better than I was. As a student I got to bed late, and some nights it would be almost dawn”. Now, as an exception, there may be a day of too-high caffeine, on a day that would be a long one (such, as noted, the day of this interview and presentation) but the overall rule is a good night’s sleep.

* Disclosure: If this article is less than brilliant, it was written by someone characterised by effectively every wrong habit pointed out by Professor Foster, and this Sunday morning was no exception. Which is not to discount the serious thought that the interview and presentation has provoked.

The Sofia Globe is a media partner of The Sofia Science festival. Other coverage:

Richard Dawkins, on brains and brainwashing 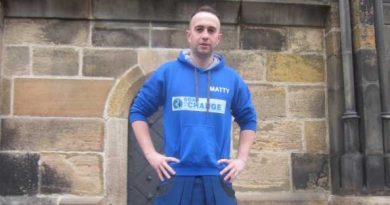 Walking across the EU for child sex abuse awareness 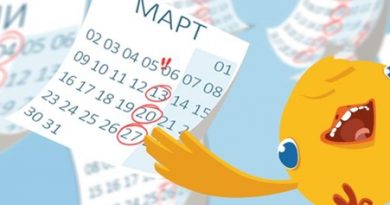