The customs officials were part of the same shift at the Kapitan Andreevo border checkpoint with Turkey, Kostov told reporters at a news conference in Plovdiv, as quoted by Bulgarian National Radio (BNR).

Police in Plovdiv seized a shipment of smuggled cigarettes on March 29 and arrested the entire customs shift that allowed the cargo truck through the checkpoint, BNR said. A second truck was seized at the Kapitan Andreevo checkpoint after police reviewed the surveillance cameras.

In total, the two trucks carried cigarettes worth 16 million leva, or about 8.2 million euro. As many as 15 other trucks had been allowed into the country by the same smuggling ring in recent months, Kostov said.

The customs officials would be detained for at least 24 hours, but it was unclear whether the entire shift was complicit to the smuggling operation, prosecutor Ivan Daskalov said, as quoted by BNR.

This is the second major bust at the Bulgarian-Turkish border involving Bulgarian customs officials in recent months. In November 2014, seven customs officers were detained at the Lesovo checkpoint on charges of racketeering and extortion. 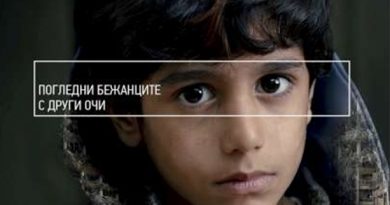