Bulgaria’s National Revenue Agency (NRA) has impounded all the shares in telecom operator Vivacom in a filing recorded by the country’s Trade Register on March 31.

The subject of the impounding order are about 288.7 million shares in Bulgarian Telecommunications Company (which operates under the Vivacom brand), held by Viva Telecom Bulgaria. The NRA cited “a future public claim estimated at 500 000 leva” as the reason for its order.

Vivacom is the former state fixed-line monopoly and one of the three major carriers operating in Bulgaria, with significant market shares in the mobile, fixed-line and internet service segments.

The filing comes in the context of a proposed deal in which Luxembourg-registered special-purpose vehicle LIC33 would acquire a 43 per cent stake in Vivacom, alongside majority stakes in several other Bulgarian companies, including telecom infrastructure firm Nurts and multiplex operator First Digital, audience research firm Garb, as well as military plants Dunarit and Avionams.

Private equity investor Pierre Louvrier, who said that he was the sole owner of LIC33, told reporters last week that his firm would buy the assets for one euro, but had committed to refinancing debt worth 900 million euro.

Louvrier’s news conference in Sofia failed to assuage the doubts about the deal, with Bulgaria’s Cabinet saying that LIC33 should provide information about the origin of its funds before the government made a decision whether to have any contact with the company.

(In an open letter to Prime Minister Boiko Borissov on March 31, Louvrier said that his company was the target of attempted defamation and claimed that the sale of the stakes was definitive.)

Bulgaria’s competition watchdog said on March 30 that it was not notified of any ownership change and has opened an investigation to ascertain how far have the talks progressed, pointing out that any deal required the regulator’s approval before the ownership change took effect.

However, it was unclear whether the regulator or the NRA could prevent the transfer of ownership in Viva Telecom Bulgaria, which itself was owned by corporate entities registered outside the country. 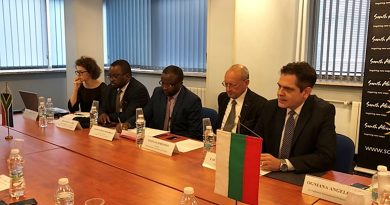