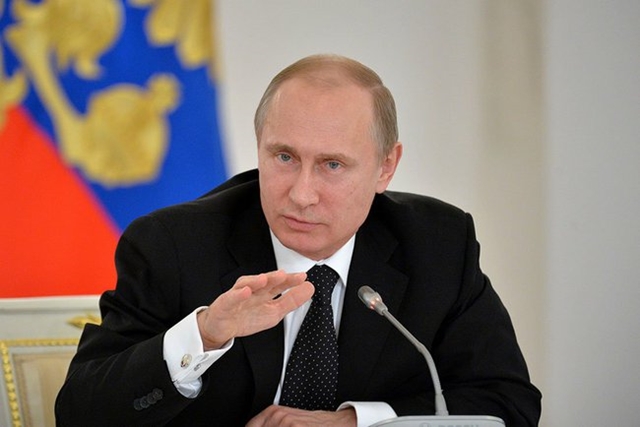 As Russia marks the one-year anniversary of Crimea’s annexation from neighboring Ukraine, the Kremlin is putting forth a new narrative in what analysts say appears to be a further attempt to legitimize its takeover of the peninsula.

In a pre-recorded interview for a documentary that premiered earlier this week on state television, Russian President Vladimir Putin acknowledged for the first time that Moscow had been planning the annexation weeks before last year’s controversial March 16 referendum on the territory joining Russia.

Crimean and Russian leaders signed a treaty absorbing the territory into the Russian Federation on March 18, 2014, two days after the poll in which separatists said voters overwhelmingly approved union with Russia.

The Russian Federal Assembly ratified the treaty on March 21.

In the weeks before the vote, gunmen without military emblems on their uniforms took control of government buildings and military facilities.

In the film, Putin also admitted for the first time that the soldiers, known as the “little green men,” were Russian, and that he was ready to put his country’s nuclear forces on standby during tensions over the crisis.

The documentary – Crimea: Return to the Motherland – rehashes a storyline that presents events in Kyiv leading up to the annexation as a radical, neo-Nazi rebellion engineered by the United States.

The Kremlin’s position, as articulated earlier this week by Russia’s ambassador to the United States, Sergey Kislyak, is that the annexation prevented what would have been a looming humanitarian catastrophe driven by conflicts between local Russians and what he called U.S.-backed Ukrainian nationalist forces.

The argument is Putin’s version of a playbook tapped by the West in 1999 when NATO bombed Russia-ally Serbia.

That enabled Kosovo’s embattled Albanian majority to regroup and defeat Serb forces, leading to the eventual creation of an independent state, said Matthew Rojansky, a Russia expert at the Wilson Center think tank in Washington.

Putin has referred to armed Ukrainian “neo-Nazis” threatening ethnic Russians, their desire to separate from Ukraine and the absence of a legitimate government in Kyiv after a “U.S.-contrived” uprising toppled former president Viktor Yanukovych.

The Russian leader has repeatedly evoked Kosovo as a precedent for Crimea, though there are significant differences between the two situations.

The action in Crimea may or may not have been a pre-planned land grab, Rojansky added.

That ambiguity enabled Putin “to put a strategic framework on an operation that lacked one; he’s created a strategy after the fact,” said David Kramer, senior director for human rights and democracy at the McCain Institute.

The Russian leader’s attempt at spin is likely aimed first for internal consumption.

“Putin thinks the annexation was an unvarnished success and he’s using that to pump up his reputation with the Russian people,” said John Herbst, director of the Atlantic Council’s Eurasia Center, who served as U.S. ambassador to Ukraine from 2003 to 2006.

“He’s also sending a message of contempt for the West by peeling away the obfuscation because he knows the truth won’t hurt him,” he said.

In fact, Putin’s new version of events may even raise his stature among Russians.

“[In] the culture of public lying in Russia, the average Russian citizen needs to lie to the tax inspector, the police, his superiors, etc. Putin’s lies show his strength and cunning, standing up to the West while lying in their face,” said Peter Pomerantsev, a Russian writer and journalist living in London.

“If anything, Putin is closer to people in this way – everybody knew he was lying, just as they lie, they understand he had to lie. It sort of unites people, I think,” he said.

Following the crippling economic sanctions imposed by Western governments after the Kremlin’s actions in Ukraine, Russia’s economy has taken a hit over the past year, especially from a severe drop in the price of oil – the country’s main export.

Experts disagree on when – and under what circumstances – the U.S. and European Union will end their respective restrictions targeting major companies in Russia’s financial, energy and defense sectors.

If the situation on the ground in eastern Ukraine continues to be relatively stable, and the Minsk agreement holds through mid-summer, EU sanctions – which are far more consequential than the U.S. measures – could be eased in a way that allows everyone to save face, Rojansky said.

“The inertia [in Europe] is against continued conflict with Moscow,” he said. “The Russians don’t want Crimea to make their economy a permanent pariah. They need what they see as a plausible narrative for the Europeans to hang their hats on.”

While Putin’s “responsibility to protect” argument may succeed in decoupling enough European governments to change EU policy, it is not likely to gain traction in Washington.

“Putin likely won’t allow Ukraine to develop in peace. He will continue to commit fresh aggression because he wants to destabilize the country. If his does that the sanctions will stay,” Herbst said.

“A lot of this depends on whether the West pursues the right policy. We’ve done more than Putin thought we would,” he said. 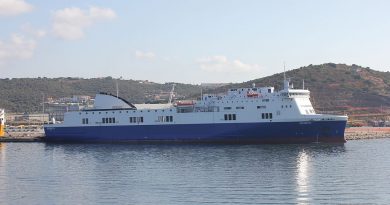