The extension of Greece’s bailout program was approved Thursday by the German parliament, giving Athens two more months to settle its political crisis and reach a crucial agreement with the troika for the release of the next tranche of the country’s rescue loan (amounting 7.0 billion euros).

On the same day Greece was praised by Angela Merkel in the Bundestag for being in a better economic position than it was two years ago, the country’s political parties were left mulling their next moves following an unsuccessful first round of voting Wednesday on electing a new president.

Prime Minister Antonis Samaras, visiting Brussels for a one-day EU summit, appeared determined to put an end to political uncertainty. “The Greek political system will not allow anyone to toy with the sacrifices and achievements of the Greek people” he said. 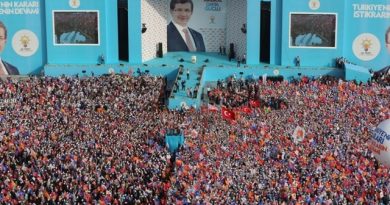